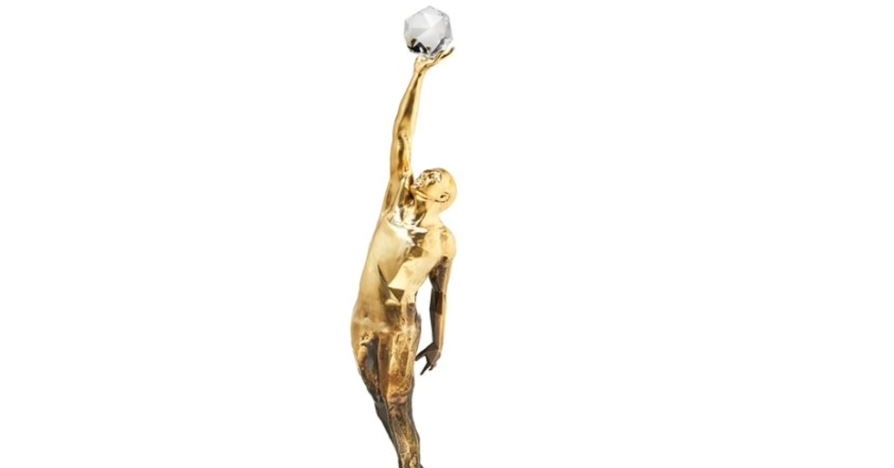 NEW YORK — The National Basketball Association (NBA) today unveiled six newly designed trophies named after NBA legends, which will be presented to the end-of-season Kia Performance Award winners. Headlined by The Michael Jordan Trophy, which will be awarded to the Kia NBA Most Valuable Player, the lineup of reimagined trophies honors the league pioneers who helped define the standards of excellence that these trophies represent.

“Our new collection of trophies celebrates some of the greatest and most impactful players in the history of the NBA,” said NBA Commissioner Adam Silver. “As we recognize the league’s top performers each season, we also pay tribute to the legends who embody these prestigious awards.”

The league’s MVP will now be awarded with The Michael Jordan Trophy, bearing the name of the NBA legend widely regarded as one of the greatest players of all time. During his illustrious career, Jordan was named MVP five times. The Hall of Famer also earned six NBA championships, six NBA Finals MVP Awards, 11 All-NBA Team selections, 14 NBA All-Star selections, three NBA All-Star Game MVP Awards, 10 scoring titles, an NBA Defensive Player of the Year Award, an NBA Rookie of the Year Award and selections to the NBA’s 50th and 75th Anniversary Teams.

Mark Smith, retired VP of Innovation Special Projects at Nike, Inc., and Jordan Brand designer, worked in creative partnership with Jordan to design the new trophy, which symbolizes an NBA player’s journey to winning an MVP. Smith has collaborated with Jordan on countless projects over the past two decades. Artist Victor Solomon will manufacture the trophy on a yearly basis.

The bronze trophy features a player breaking out of a rock to reach for the ultimate rock – a crystal basketball. From the bottom to its top, the patina of the trophy grows more burnished – “raw to refined” – signifying the MVP’s hard work and progression from entering the league to achieving the NBA’s greatest individual honor. The trophy’s reach symbolizes an MVP’s endless chase for greatness.

Additionally included throughout are subtle nods that pay tribute to the trophy’s namesake:

Its five-sided base is a nod to Jordan’s five league MVPs.

The namesake badge is six-sided, a nod to Jordan’s six NBA championships.

The 15-degree angle of the base is a nod to Jordan’s 15-season career.

The crystal basketball consists of 23 points, a nod to Jordan’s jersey number.

The crystal basketball measures 1.23 inches in diameter, in reference to the singularity of the MVP and Jordan’s standout career.

“I’m incredibly honored to have created the NBA’s MVP trophy in partnership with Michael Jordan,” said Smith. “Sculpting Michael’s vision of his own pursuit of athletic achievement into this award has been the opportunity and challenge of a lifetime. As we worked together on this project, it was very important to Michael that the figure not be a likeness of him, but instead that the recipient should be able to see himself in the award. For Michael, naming the award in his honor was recognition enough.”