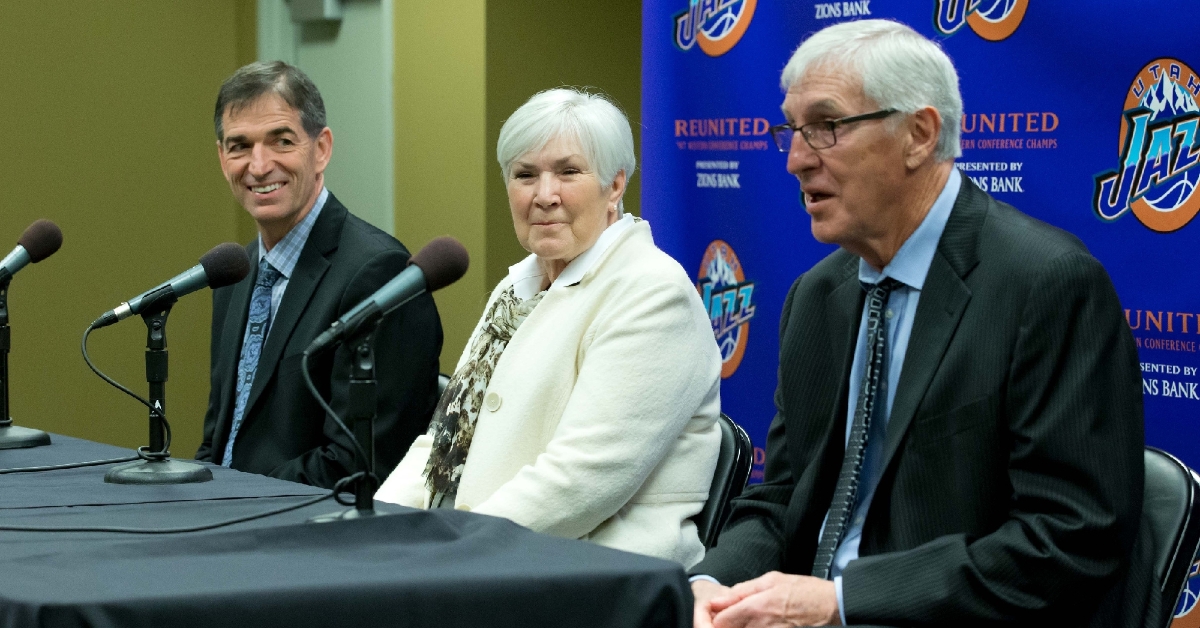 Terrible news to report this morning.

Former Utah Jazz head coach Jerry Sloan has passed away from complications of Parkinson's disease and Lewy Body dementia at the age of 78.

The Jazz released the following statement.

“Jerry Sloan will always be synonymous with the Utah Jazz," they said. "He will forever be a part of the Utah Jazz organization and we join his family, friends and fans in mourning his loss. We are so thankful for what he accomplished here in Utah and the decades of dedication, loyalty and tenacity he brought to our franchise.

“Our Hall of Fame coach for 23 years, Jerry had a tremendous impact on the Jazz franchise as expressed by his banner hanging in the arena rafters. His 1,223 Jazz coaching wins, 20 trips to the NBA Playoffs and two NBA Finals appearances are remarkable achievements. His hard-nosed approach only made him more beloved. Even after his retirement, his presence at Jazz games always brought a roaring response from the crowd.

“Like Stockton and Malone as players, Jerry Sloan epitomized the organization. He will be greatly missed. We extend our heartfelt condolences to his wife, Tammy, the entire Sloan family and all who knew and loved him.”

The Chicago Bulls released the following statement on the passing of Jerry Sloan:

"Jerry Sloan was 'The Original Bull' whose tenacious defense and nightly hustle on the court represented the franchise and epitomized the city of Chicago. Jerry was the face of the Bulls organization from its inception through the mid-1970s, and very appropriately, his uniform No. 4 was the first jersey retired by the team. A great player and a Hall-of-Fame NBA coach, most importantly, Jerry was a great person. Our sympathies go out to the Sloan family and all his many fans."

ChicagoBullsHQ would like to give our most heartfelt condolences to the Sloan Family.

Jerry Sloan grew up in a small town in Illinois with a one room schoolhouse. He honed his skills by playing with his 3 sisters and a brother. They won the rural county championship.

Between playing and coaching for the Bulls and coaching the Jazz, his NBA career lasted 45 years pic.twitter.com/6ZyxJowA54