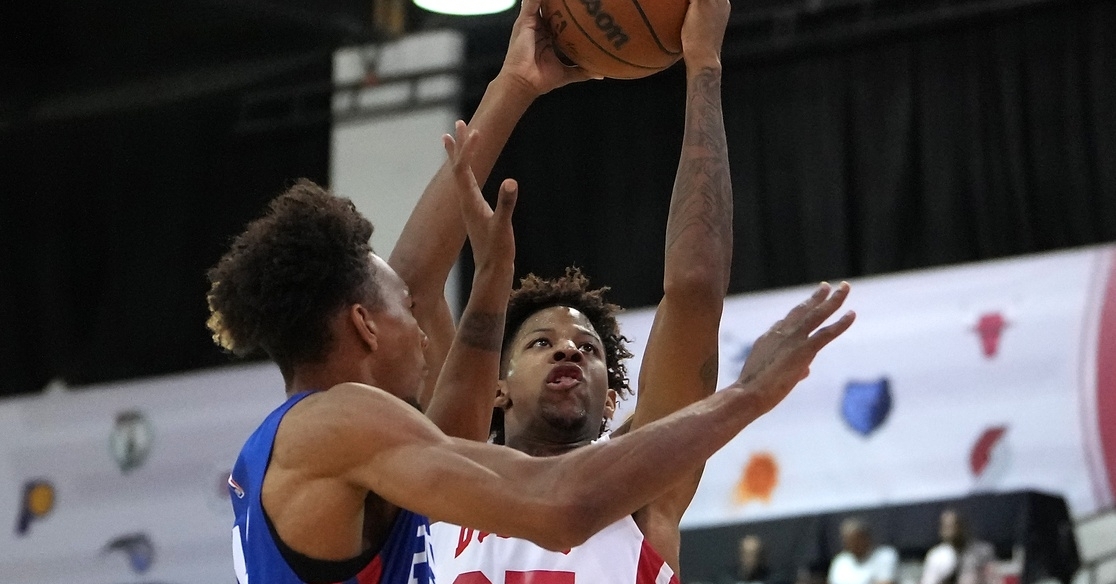 LAS VEGAS - Say what you will about the Summer League, but this is essential to a player's NBA development. Sure, most of the guys participating in the Summer League will land in the G-League, but that doesn't mean there isn't quality basketball to be had that could help the Bulls down the road.

For the Bulls, their summer league resume has been impressive, to say the least, as they came into Saturday's contest with Philadelphia sporting a 3-1 record. The most remarkable thing across those four games has been the Bulls defense, which ranks near the top of the Summer League in most categories.

While the defense was having an off night on Saturday, it was the offense that stole the show as the Bulls scored at least 29 points in every quarter, but no more than 31. Talk about a consistent offensive output. The Bulls did a great job building a 10-point lead at the half before the Sixers began to chip away at things in the third. That was until Chicago closed the game with a huge fourth quarter, finishing off Summer League with a 119-104 win to go 4-1 for the season.

One of the big names that Bulls fans have been watching is the growth of Marko Simonovic. After spending all last season in the G-League, the Bulls hope his added muscle this season will help lead to more minutes off the bench. If his play this summer indicates what is to come, sign him up as Simonovic capped off the summer by scoring a game-high 26 points and adding eight rebounds.

While Simonovic stole the show, it was an unlikely hero who came up big as Malcolm Hill was the X-Factor. Not only did he knock down four shots from the perimeter, but he added 23 points to give the Bulls a very nice duo. Dalen Terry also had a strong showing on the court, as he capped off his summer league season with a 15-point showing while adding nine assists and five rebounds for a near double-double.

Those three were the primary stars for the Bulls in this one, but several other players finished in double figures, with Justin Lewis making it four starters to score at least 10 points as he finished with 11. The Bulls also continued to get great production off the bench as three more players landed in double figures to give the Bulls seven total players to accomplish that feat.

Javon Freeman-Liberty will be an intriguing player this summer as he capped off a solid Summer League showing with 11 points. Maker Maker added 11 points to go with seven rebounds, as his size and athleticism could be a problem for most teams. Sindarius Thornwell capped off the double-digit scorers for the Bulls as he finished with 10 points.

Philadelphia may not have had the scoring output the Bulls had, but they had plenty of scoring to go around. Charlie Brown Jr set the tone as he not only led the Sixers starters, but led the team with 21 points. Add in the 19 points from Grant Riller off the bench, and that is an excellent duo that combined for 40 points in the loss.

Like the Bulls, the Sixers had four starters land in double figures, although their volume wasn't as prevalent. Trevelin Queen overcame a dismal 0-10 shooting night from distance to finish with 16 points. Filip Petrusev added 14 points, but after not doing much with his 6-11 frame, he left a lot to be desired.

Malik Ellison capped off the double-digit scorers for the Sixers as he finished with 12 points. Now that the Summer League is complete, the Bulls can focus on the next part of their offseason, which falls on training camp. That is when they will have tough roster decisions as some of these players will land in the G-League, while some will no longer be with this team.