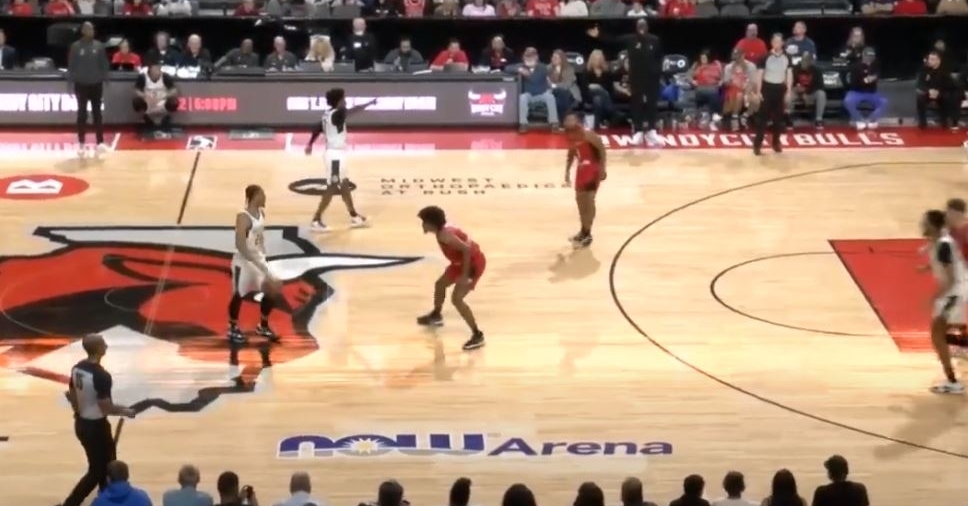 HOFFMAN ESTATES - For the second time in as many days, the Windy City Bulls (1-1) were in action as the 2022 G-League season is underway. Like on Friday, it was the Wisconsin Herd (1-1) battling the Bulls, as this time, it was at NOW Arena for the home opener.

Like in their first meeting, both teams featured plenty of offensive firepower that gave fans much to cheer about throughout the game. That included a tie game after three quarters, and it was looking like this would come down to the wire again. However, the Herd had the last laugh as they outscored Windy City by 10 in the final quarter to take the 112-102 win.

For the Bulls to have success this season, they need to get plenty of production across the board while their stars lead the way. On this night, it was Carlik Jones coming through as he put together a 21-point, eight-assist night to lead Windy City. Jones was one of those guys brought in during the offseason that had the potential to contend for a bench spot, but things didn't go well for him during the preseason.

For the second game in a row, Kostas Antetokounmpo put together a solid game as he is starting to make that two-way contract look like a steal. His 14 points were second on the team, while adding eight rebounds to show the Bulls plenty of potential in his game. You also had Ethan Thompson coming through with another good effort, as he dropped 14 points with strong shooting from the outside.

While those three were the go-to guys for Windy City, two other players landed in double figures, including Marko Simonovic. At some point, Simonovic has to start contributing to the NBA roster before the third-year man is considered a bust. Until then, Bulls fans can enjoy his potential as he picked up 11 points to go with 11 rebounds. Javon Freeman-Liberty rounded out the double-digit scorers for Windy City and finished with 11 points.

Despite another offensive outburst for Windy City, you have to give the Herd a ton of credit for how they adjusted to Chris Clemons. One night after dropping 25 points in Oshkosh, Clemons was held to just three as the Herd took him out of the game early and often.

That alone helped swing the momentum the Herd's way before their offense started to kick it into gear. Joe Wieskamp had a massive night for the Herd as he led all scorers with 30 points and added nine rebounds to his name. Add in 22 points from Lindell Wigginton, and the Herd had two big-time scoring threats that helped pave the way for the Herd's offense.

A big reason for Wisconsin's success over the past few seasons has been the number of offensive weapons they have brought in. No matter who comes in and who leaves, Wisconsin has always had scoring options, which was on full display in this one.

Jordan Bone added 15 points of his own while also doing a fabulous job running the offense to finish with eight assists. Anytime you have a player that can not only score, but set the tone for the offense, it is a considerable advantage, and the Herd had a massive advantage with him leading the way.

Rob Edwards (11), Jontay Porter (10), and Ibou Badji (10) added double-figure games for the Herd as they continue to do a great job on the offensive end. For the second night in a row, Alex Antetokounmpo was on the floor with his brother, but the results were not the same. Kostas is becoming a key player in the Windy City rotation, while Alex is just trying to earn minutes and finished with four points and four rebounds in the win.

Windy City will be back on the court Monday when they hit the road to take on the Motor City Cruise, G-League affiliate of the Detroit Pistons. Tip-off is set for 6 PM at the Wayne State Fieldhouse.