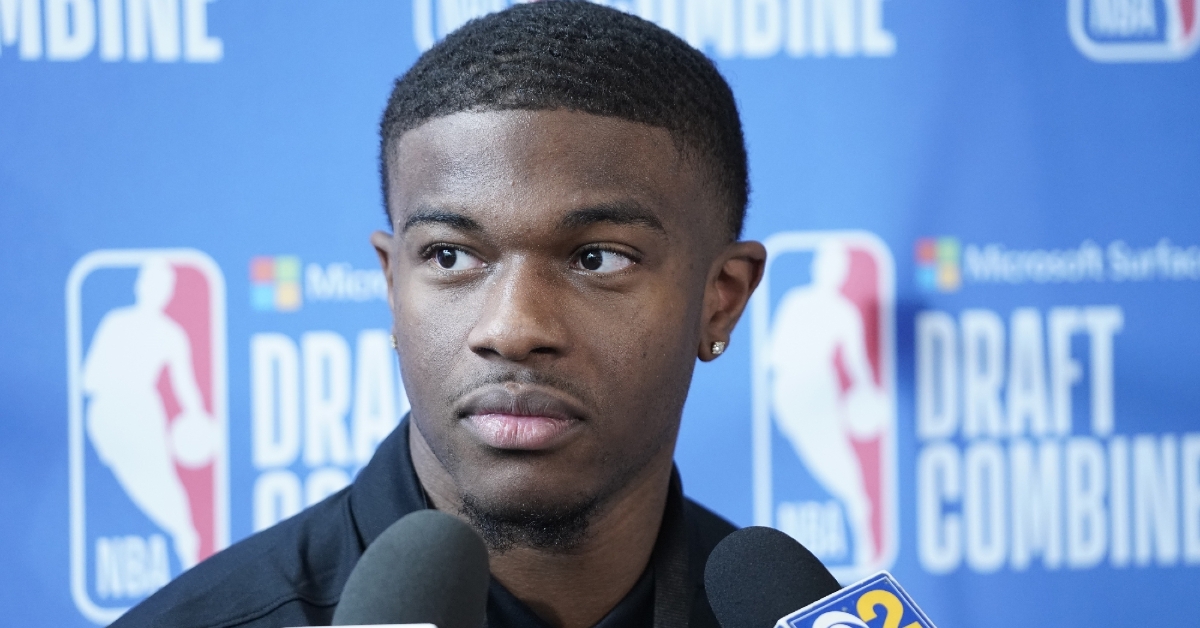 Today marks exactly one week until the 2022 NBA draft gets underway, and there are still a lot of unknowns. We know that the Bulls are slated to pick No. 18 unless they intend to trade that pick to help themselves long-term.

Should the Bulls choose to keep the 18th pick, there are plenty of options for them to pick from, but most of them may not produce right away. EJ Liddell seems to be the name generating the most buzz in Chicago right now, as several mock drafts have him landing with the Bulls.

Liddell is projected to fall in the 16-20 range, but given his potential, I could see someone taking a chance on him earlier. What would plan B for the Bulls be if that is the case? Well, two other options are starting to generate buzz in Bulls camp, so it will be interesting to see how things fall.

Unless you live in California and watch West Coast hoops, Williams may not be a player you are familiar with. The 6-6 G/F from Santa Clara University is starting to rise up the draft boards after a great showing at the NBA combine last month.

Williams is one of those players with surprising upside and someone you could plug in as a secondary ball-handler behind your PG or second unit PG. He is also one of the better decision-makers in this year's class, which is crucial in the NBA. When it mattered, the Bulls lacked significant decisions in the clutch, so Williams would instantly help that.

Not only does he have great size for a guard, but he has an excellent shooting stroke that saw him knock down nearly 40% of his three-point attempts last season. That also helped him average 18.0 PPG last season, far exceeding his 12.6 PPG career average.

Some of the things scouts don't like about him are that he is a late bloomer. That has some wondering if it could continue at the next level or has he finally figured things out in terms of the player he wants to be. He also played at a mid-major program, so he didn't see the best competition on a nightly basis.

While that doesn't seem to affect certain players, you have to consider it, especially when you're not the most explosive athlete. In terms of player comparisons, Williams is drawing a lot of similarities to that of Mikal Bridges, and if that is the type of player you get at 18, you will take that in a heartbeat.

If you want to draft a winner, then the 6-6 SF out of Kansas could be your guy. As part of the defending National Champion Kansas Jayhawks, Agbaji not only played a significant role in their success, but knows what it takes to be a winner.

He was a reliable player his entire career, and Agbaji stepped up this season as he averaged 18.8 PPG and 5.1 RPG. Keep in mind that this is a four-year starter who averaged 13.5 PPG across those four seasons, as he has more experience than most players in this class.

His name is being linked to Chicago for one reason only. They need floor spacing, and Agbaji can certainly space the floor as he knocked down better than 40% of his shots from distance. He does that by finding the opening in the defense and then letting his smooth shooting touch do the work for him.

Agbaji also fits the Bulls in terms of his defense, where he showed enough at college to make him, at worst, an adequate defender. He has the length to frustrate players on the defensive end, while his physicality comes into play on both ends of the floor.

Although a terrific shooter who does a great job of getting open, Agbaji has one significant flaw. That happens to be his lack of ball-handling and self-creation with his shots. Yes, he can get open to shoot, but when the ball is in his hand, he has a hard time creating his own shot. He also averaged just 1.6 APG, which isn't what you want from a guard.

Agbaji is a score-first type of player which works in college, but can it work in the NBA? He will need to become a pass-first type of player if he wants to succeed at this level. Considering that his ceiling is so hard to predict right now, he hasn't drawn a ton of comparisons. We have heard a poor man's version of Keldon Johnson as one of them, but you could also through Duncan Robinson into that mix.