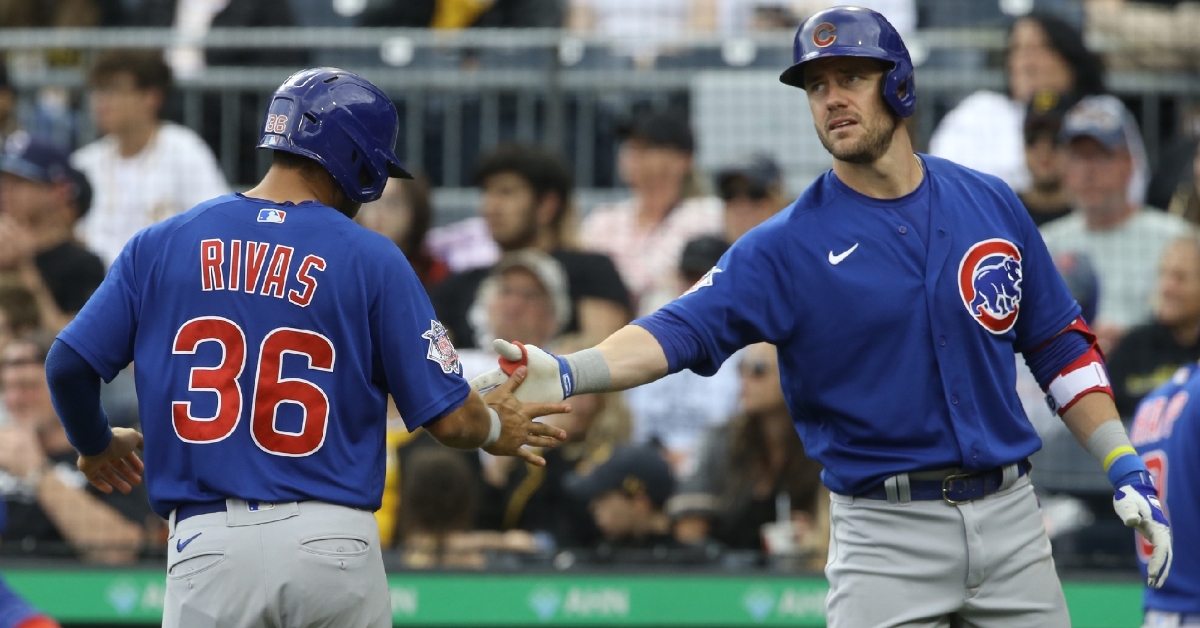 PITTSBURGH - Looking to cap off their final multi-city road trip in style, the Chicago Cubs (67-86) tangled with the Pittsburgh Pirates (56-97) for an afternoon Tussle at PNC Park. Led by plenty of offense and another strong pitching performance from the surprising Adrian Sampson, the Cubs took the series with an 8-3 victory.

With the win, the Cubs capped off their final multi-city road trip of the season with a 5-2 record, including 3-1 against the Pirates. Wins and losses are one of the most meaningless stats for a pitcher, and Sampson can attest to that. Despite his 3-5 record, he has pitched much better, as his season ERA is sitting at 3.23. That includes six more impressive innings today, where he allowed one run on four hits with three strikeouts.

Keegan Thompson followed him with a pair of scoreless frames out of the pen before Erich Uelmen, and Brandon Hughes combined for the final three outs. For the Pirates, it was all about Luis Ortiz on the mound, as the right-hander showed plenty of potential. Making his third start of the season, Oritz gave the Pirates 4 2/3 solid innings allowing just one run on one hit while striking out seven.

That hit Oritz allowed happened to be the first batter of the game when Zach McKinstry led things off with a single. Outside of that, the Cubs were unable to do much as Ortiz retired nine of the next 10 hitters he faced with an error breaking that streak in the third.

Sampson was equally as challenging, allowing a single in the second before retiring seven consecutive hitters of his own before Oneil Cruz ended that in the fourth. It took five innings for someone to break through on the scoreboard, with the Cubs coming through first.

Ironically it was a two-out rally that got things done as walks from McKinstry, and Esteban Quiroz kept the inning going and chased Ortiz for Manny Banuelos. That was a move the Cubs would gladly take again, with Patrick Wisdom unloading for his 25th homer to put the Cubs on top for good 3-0. Very quietly, Wisdom is having a strong September and is inching closer to that 30-homer plateau.

Happ followed that homer up with a double, but the Cubs had to settle for those three runs. Speaking of doubles, Ke'Bryan Hayes came through with a leadoff double to begin the fifth only to see Sampson buckle down to toss another shutout frame. Looking to add to their lead in the sixth, PJ Higgins and Alfonso Rivas picked up one-out singles, but nothing more came from that.

Looking to get through the sixth with his shutout intact, Sampson was ambushed by Bryan Reynolds, whose homer made things 3-1. There may not be a hotter hitter in baseball than Reynolds, and he has shown that all series long. Over the next two innings, the Cubs took a close game and turned it into a one-sided affair as they feasted off the Pirates bullpen.

It started with a Quiroz single and Wisdom hit by a pitch in the seventh before Happ laced an RBI single to make things 4-1. Later in that inning, you had Nelson Velazquez put the ball in play, and the Pirates defense gifted them not one, but two runs off an error to make things 6-1.

One inning later, the same story with Rivas leading things off with a single ahead of the one-out walk from McKinstry. Another RBI single from Quiroz followed that as the Cubs finally had a decent game hitting with runners in scoring position. The Cubs capped off their scoring on the afternoon with McKinstry trotting home on a wild pitch, and they took the 8-1 lead into the bottom of the eighth.

A scoreless eighth with a pair of strikeouts by Thompson got the game to the ninth, where Uelmen was looking to finish it. Uelmen struggled for the second time this week, hitting the first hitter he faced and then allowing a Cruz single to put runners on the corners. A Rodolfo Castro sacrifice fly followed that up to make things 8-2 ahead of another single by Hayes.

With runners on the corners for the second time in the inning and this time with one out, Jack Suwinski cashed in with the Pirates second sacrifice fly of the inning to make things 8-3. Uelmen would then walk the next two hitters forcing David Ross to go with Brandon Hughes, who needed just a handful of pitches to secure his seventh save.

The Cubs had 10 hits in the game, with Quiroz, Happ, and Rivas coming away with multi-hit games. Nico Hoerner returned from the IL to play the DH role and came away with one hit in his return. Next up for the Cubs is their final off day of 2022 before kicking off their final homestand with the Philadelphia Phillies on Tuesday.