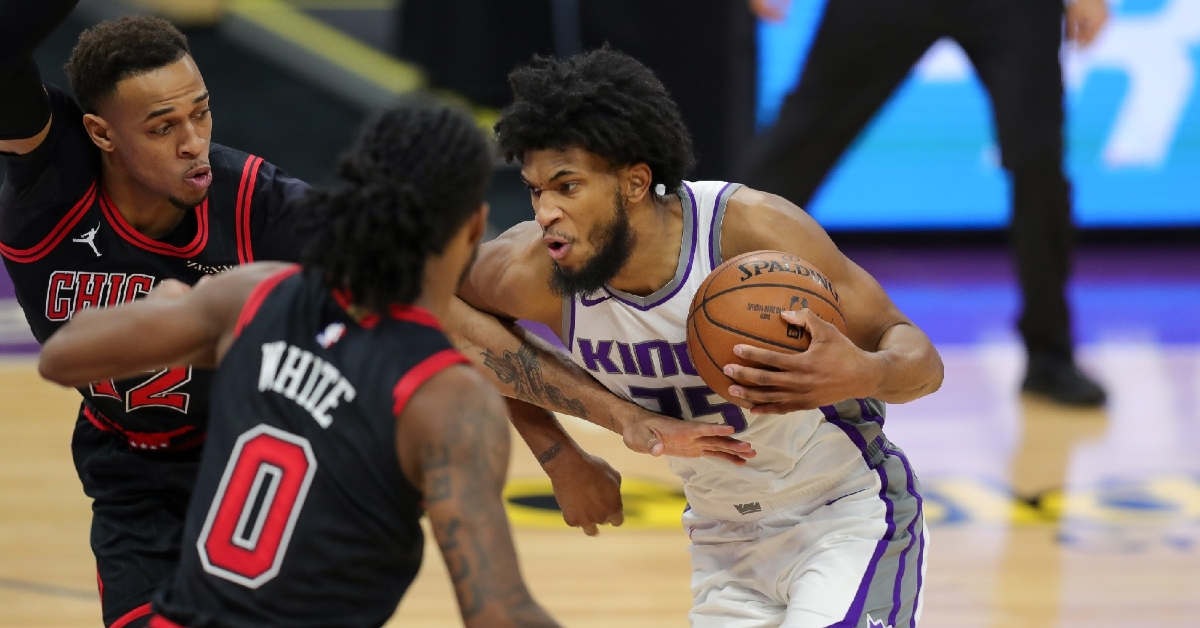 Coming off a dramatic come from behind win on Tuesday, the Bulls returned to the court Wednesday against the Sacramento Kings. Looking to move above .500 for the first time since 2017, no one would have been surprised by a let down given the amount of energy the Bulls used in their comeback.

Instead, Chicago continued to show their fight as a team, with Coby White going off for a career-high 36 points. Unfortunately, that still wasn't enough as the Kings managed to hold on for the win 128-124, sending the Bulls back under 500.

The Bulls knew one thing coming into Wednesday, and that was there was no way the Kings would shoot the way Portland did the night before. That allowed Chicago to get out to a strong start, with Zach Lavine and White connecting on three-pointers early. Not known for his outside touch, Marvin Bagley Jr matched the bulls with a three-pointer of his own before Buddy Hield and De'Aaron Fox started to take over.

With the Bulls primarily using a two-man game early, Sacramento built a 16-11 lead before Thaddeus Young, and the bench started to get involved. Denzel Valentine continued his strong start to the season, knocking down a few shots to keep things close. Up by one following a Glenn Robinson III basket, Nemanja Bjelica tipped home the quarter's final points with the Kings up 28-25.

Chicago may have been trailing after one, but the team liked their position as they didn't play terribly. Unfortunately, Richaun Holmes had other ideas as he scored the first six points of the quarter for the Kings to help the Kings take a 34-27 lead. After a Garrett Temple three closed the gap to four, Harrison Barnes showed his range, burying consecutive threes to give the Kings a 10-point advantage.

The Kings eventually built up a 12-point cushion for their biggest lead of the night, but Lavine and Otto Porter Jr did their part to make sure things didn't get out of hand. Temple continued his recent hot stretch off the bench, with White starting to heat up once again as the Bulls managed to claw back to single digits trailing 62-59 at the half.

Both teams started the second half by exchanging buckets, but it was Lavine with the hot hand early. With the game tied at 65, Holmes put the Kings back in front before Hield and Bagley were able to stretch things back out to seven. Not to be outdone, both White and Temple connected from long range, and once again, things were closer at 77-73.

Looking for more scoring, Young continues to be Mr. Consistency picking up six-straight for his team to close the deficit to 81-80. The rest of the third proved to be more of the same when it came to exchanging buckets, but it was nice to see Patrick Williams and Daniel Gafford getting in on the fun to help bring things 93-93 after three-quarters of play.

Looking to surpass the 500 mark for the first time in over two years, the Bulls knew they needed a strong finish if they were going to get it done. Williams and White did their part early on, but they were matched by Tyrese Haliburton and Bjelica, eventually falling behind by three points again.

Following a Gafford bucket to close within one, White hit a step back after a Haliburton jumper before Temple put the Bulls in front again.

Wendell Carter Jr and Lavine managed to keep the lead in favor of Chicago, but the fourth quarter belonged to Haliburton in the early going as he was taking over.

Tied at 110, Barnes and Robinson III teamed up for a quick 6-2 run giving the Kings the 116-112 advantage with under four minutes to go. That run proved to be crucial as the Kings never gave up the lead the rest of the way.

Whenever the Bulls need offense, they turn to both Lavine and White as those two knew it was now or never. The guard duo scored the final 10 points down the stretch for Chicago, including the Lavine three to close the gap to 127-124 with three seconds to go.

Zach LaVine continues to fill it up.

Needing a foul and miss, Bjelica did the job by knocking down two free throws to ice the game. Lavine missed a long three as time expired, and the Kings managed to hold on 128-124.

Chicago returns to the court this weekend for a pair of games against the Lakers and Clippers. Chicago is still looking to move above .500 for the first time in a long time, and they will be tested once again this weekend.