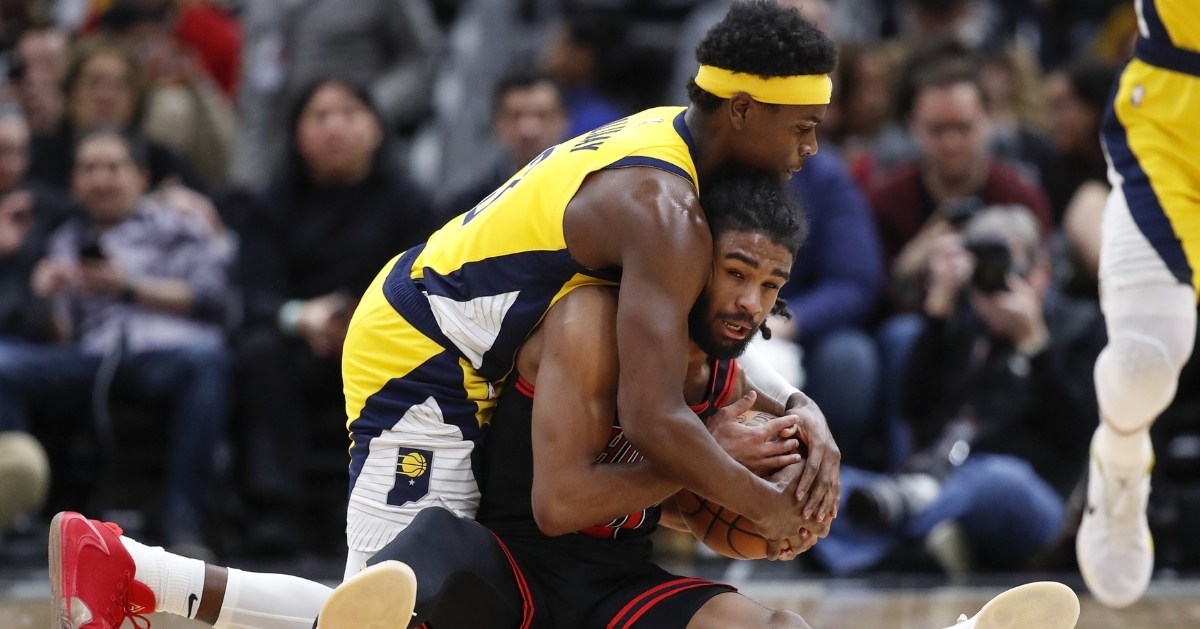 The Chicago Bulls are back on a losing streak again after being dropped by the Indiana Pacers 108-102 Friday night.

It was the Bulls third straight game without Zach Lavine, and it was evident that they could’ve used his offensive prowess against the Pacers.

Coby White continued his hot streak and put up 26 points off the bench, and six assists. As White grows and matures as a player, he makes a stronger and stronger push to be featured in Jim Boylen’s starting lineup.

Shaquille Harrison had a solid game as well, dropping 25 points for the Bulls.

The Bulls had a pair of players return from injury last week in Otto Porter Jr. and Lauri Markkanen, and both struggled in this contest. Markkanen is still on a minute limit, but he only tallied three points in his second game back. As for Porter Jr., he dropped eight points in his third game since returning.

As has been the case 42 times this season, all of that was not enough to secure the win as the Pacers were just too much for the Bulls.

Domantas Sabonis led the way with a strong 24 points and 12 boards, as he was the only player with a double-double.

However, the Pacers spread the ball around nicely and had four other players finish in double figures as Indiana gave Chicago their second straight loss.

It’s a quick turn around for the Bulls who attempt to get back into the playoff race — as they take on the current eight-seeded Brooklyn Nets in Brooklyn Sunday at 2:00.

It is unknown yet if Lavine will return to the lineup for Sunday’s contest, he is questionable and will be evaluated pregame.

Coby White continues to get buckets.

A career night for @ShaqHarrison_3.

Shaq Harrison has a career-high but in a loss.