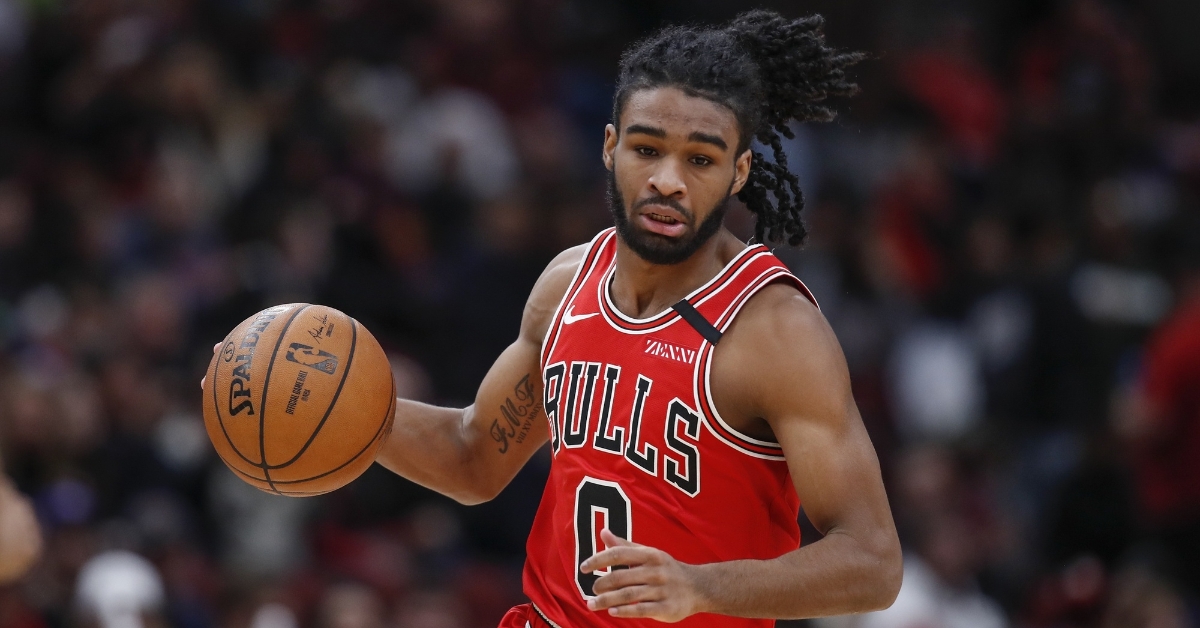 The past five seasons haven't been easy for Bulls fans, as it seems as if they have been stuck in a constant rebuild phase. The past two years have been incredibly difficult as the young roster dealt with their fair share of injuries to go with a Head Coach who simply couldn't lead this team.

Done with the games, the Bulls ownership went through a complete front office overhaul this offseason as they aimed to get this organization back on track. As did a new general manager in former Philadelphia Sixers GM Marc Eversley along with a new head coach and a new president.

Eversley played a considerable role in building up the Sixers talented roster, although the results they were hoping for didn't come to fruition. He is hoping he can do that in Chicago, and for the Bulls fans, they are praying he can solve what has seemed to be a lengthy rebuild with no end in sight. Eversley was hired back in April by Arturas Karnisovas and has been working behind the scenes ever since.

However, don't let that fool you. Eversley has not only played a significant role in what the Bulls plans are for the future but has been as big of a part of this team's direction as anyone. Wednesday, Eversley finally spoke to reporters as this was the first time he spoke publicly since joining the team.

When you look at that interview, you immediately notice the quote from him. "This is not a rebuild, we're looking to retool this thing and Billy's going to put us in a great position to do that in the foreseeable future. There's a lot of pressure & responsibility to bring this team back but we embrace that." That right there shows you that Eversley is not only confident in the pieces this team has assembled, but he sees no need to look at this organization in a rebuild mode.

Whether through trades, free agency, or just the team finally staying healthy, Eversley is confident in this group, and that is saying something. What looked like a team that may be stuck in transition is starting to look like a team willing to make the moves necessary to put them in the postseason. Whatever those moves remain to be seen, but the front office has a great plan in place, and they will put it to work.

Throughout the interview, Eversley talked about many things, including the immediate impact Billy Donovan brings to this team. He had this to say. "Billy brings a different voice, leadership, & player development... If we can grow these players internally, we are going to see success on the court. This team is better than a 22-win team. If we tweak some things, we're going to see positive results."

Although Eversley worked for a different organization last season, he couldn't help but see the true disconnect between the Bulls and their head coach. That is why it was vital to hire someone who understands basketball and can interact with the players on another level. Donovan is that guy, and everyone is on board with what he can bring to the table.

Eversley touched on one of the final things was Karnisovas and how much belief and trust he puts in him. The moment Donovan signed with the Bulls, he was asked what the deciding factor was knowing there was other win now jobs available. He answered that he trusted the Bulls front office more than other positions and loved the plan they have in place.

Eversley seconded that by saying everyone in the organization trusts Karnisovas. He knows this team has a lot of work to do, but Eversley believes they can get done. We may not have seen a product on the court yet, but Bulls fans should be not only happy but excited to see what these masterminds put together this season.