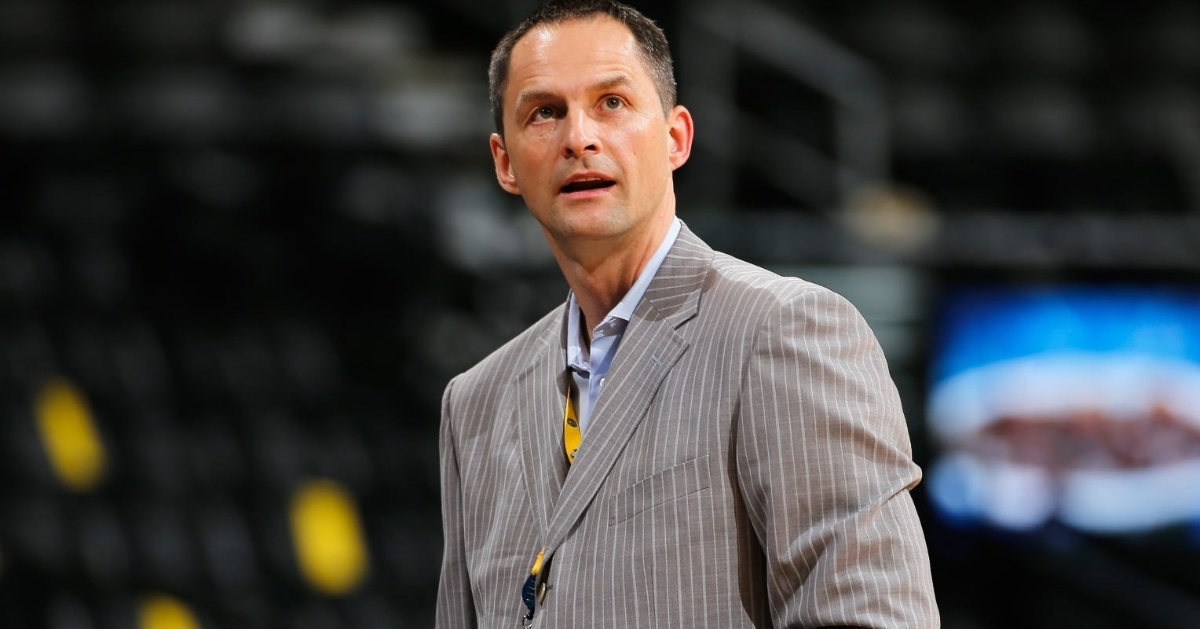 We talked about it yesterday, and now it's being finalized as the Bulls hired their new Executive VP of basketball operations last night according to multiple reports. After conducting several interviews over the previous few weeks, now-former Denver Nuggets GM, Arturas Karnisovas, was pegged as the front runner and was offered the job last night. He will replace John Paxson, who, as all signs have indicated, will remain with the team in some sort of a senior advisor role, but will not be involved in everyday decision-making processes.

The decision to shake up the front office has been boiling for a few years now, so it doesn't come as much of a surprise at this point. The biggest surprise may be the hiring of Karnisovas as despite being the front runner from the start, he is the first VP hire outside the organization since 1985, which is the year the Reinsdorf family took over the franchise.

Not only will Karnisovas be given the keys to rebuild and restructure the Bulls front office, but he will also be given the power to hire a new GM if he pleases, which at this point it looks like Gar Forman will be without a job shortly. Both the Nuggets and the Bulls were working out the details last night after the 48-year-old Karnisovas completed his second round of interviews with the team. The two sides agreed to a multi-year contract later in the even as the Bulls will have their first new VP since Paxson took over in 2003.

While this is a highly coveted job with a historical organization, Karnisovas will undoubtedly have his challenges this season. His first task as team's VP will be reshaping the entirety of the Bulls front office from the GM down to possibly the coaching staff who has failed to make the postseason the last three years. Other additional basketball operations and scouting positions may be added in the process as Jim Boylan may be on the chopping block also.

What made Karnisovas the right choice for the Bulls, was his rich history of draft success and talent evaluation, along with strong endorsements from Nuggets governor Josh Kroenke and Nuggets President of Basketball Operations Tim Connelly. Both raved about his leadership within the organization and the ability to structure operations to build a winning franchise.

Karnisovas had a second lengthy interview with Michael Reinsdorf, who was the leader during the search process. On Wednesday. Karnisovas was introduced to Jerry for more discussions, and Jerry signed off by giving both Michael and Karnisovas his blessings on offering him the job.

Karnisovas has basketball roots deep inside his blood as the game of basketball has been a part of his life forever. That diverse background, especially what he was able to help build in Denver over the past five seasons, certainly caught the Bulls' attention from the start, which made him an easy decision.

Along with his stay in Denver, Karnisovas had a successful playing career overseas, before spending time in the NBA front office and eventually breaking out into separate organizations. He had stops with the Houston Rockets organization, working in their front office, and the NBA League Office, where he learned a lot about how to run a franchise.

The Lithuanian born Karnisovas had a decorated Euro League career that saw him leave home at 17 to play for Seton Hall and eventually earn an Olympic Medal for his home country. Now that he oversees the Bulls operations, he will have tons of decisions to be made as the Bulls are in a bit of a predicament at the moment.

From a talent level, the Bulls have tons of young pieces that they would love to hold onto, but would that be smart at this point. If Karnisovas is serious about building the Bulls into an annual playoff and conference contending team, some of those assets may need to be traded away to reach the direction of the vision he has in place.

Players like Thaddeus Young and Otto Porter Jr. would be obvious trade candidates at this point, but what about Lauri Markkanen. Zach Lavine is another name to watch this season, given his amazing production this past year and has two years left on his deal. While moves like this will almost certainly set the Bulls back and rest a rebuild that is nowhere near finished, it may have to be done.

I know fans don't want to hear that because they are tired of watching this franchise flounder on a nightly basis, but having a direction in place will go a long way for the future. We should have an idea of the Bulls' future within the next month. Should Karnisovas indeed move on from Forman and or Boylan, it would be a clear sign that he wants to rebuild the entire organization and reset whatever progress has been made. Keep an eye on the Bulls over the next two months as deals to acquire additional picks could be put in place.