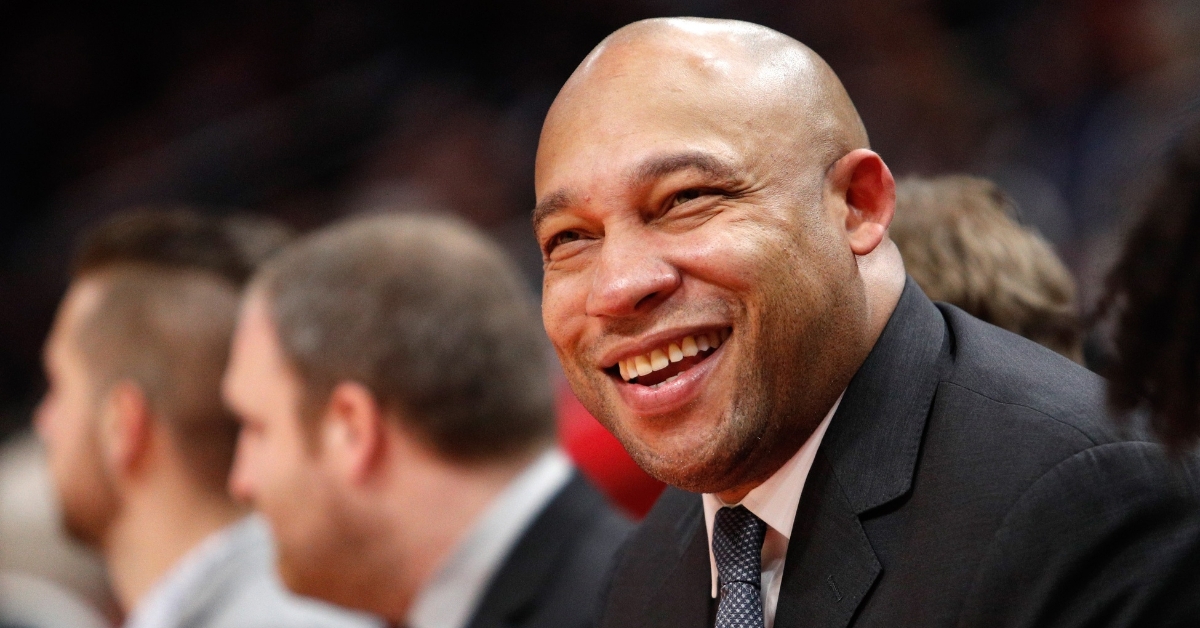 For the second season in a row, the Milwaukee Bucks steamrolled their way through the regular season to post the NBA's best record. However, for the second time in as many seasons, the Bucks could not get it done in the postseason, getting bounced in the second round by Miami 4-1. With Mike Budenholzer being a great regular season coach, he doesn't have much postseason success. However, would his lead assistant be the type of home run hire the Bulls are looking for?

If you are unfamiliar with the name, we are talking about Darvin Ham today and what he could bring to the Chicago table. Not only is Ham the lead assistant for Budenholzer on the Bucks, but he has spent his entire life around the game of basketball. 47 years of his life, to be exact. Playing for Texas Tech in college, Ham helped lead the Red Raiders to the sweet sixteen in 1996, before embarking on an eight-year playing career.

Ham was never a star in this league but was valued as a true role player who bounced around different organizations. His proudest moment as a player came in 2004, where he won a ring with the Detroit Pistons. He ended his playing career in the D-League, which is now known as the G-League. Speaking of the G-League, Ham also got his first taste of coaching in that league, where he immediately became the assistant for the Albuquerque Thunderbirds following his retirement.

During his time with the Thunderbirds, Ham took on various roles in the organization before eventually being promoted to head Coach in 2010. The Thunderbirds eventually relocated to Canton to become the Canton Charge and are still located there as the Cleveland Cavaliers developmental franchise.

During his time in the G-League, the work Ham put in during his time didn't go unnoticed as he got a call from the Los Angeles Lakers and became Mike D'Antoni's assistant coach from 2011-13. Those years spent in LA, Ham worked with plenty of great players and coaches, but it would also be the last time he worked with anyone not named Budenholzer as he joined the Hawks before following Budenholzer to the Bucks two seasons ago.

Ham is not going to be the most recognizable name among the Bulls head coaching search, but he is a name you should keep an eye on. Somehow, his name always seems to pop in head coaching searches and was considered for both the Cavaliers and Timberwolves job recently. Could this be the offseason where he becomes a first-time head coach?

While the Bulls are not the only team that has expressed some interest in him, rumors are swirling that the Bulls like him a lot, and he could be a home run hire for them. Ham has been viewed as a coach with authority and is more than ready to make the jump into the head coaching ranks.

He has spent over 10 years on the NBA bench as an assistant, so he truly understands the game inside and out. ESPN went as far as to say he was the hottest coaching candidate on the Market on August 26th. Not only does he draw the respect of his players, but his leadership qualities are second to none. Lack of leadership is something the Bulls have been used to in recent seasons, so bringing in someone who knows how to lead should be a huge plus.

Ham is ready to take that next step among the coaching ranks and lead an NBA team from all accounts. While it is unclear what his style may be, we know that the team will respect him in whatever he decides to do. At the very least, Chicago would be wise to consider him until the end of their search.