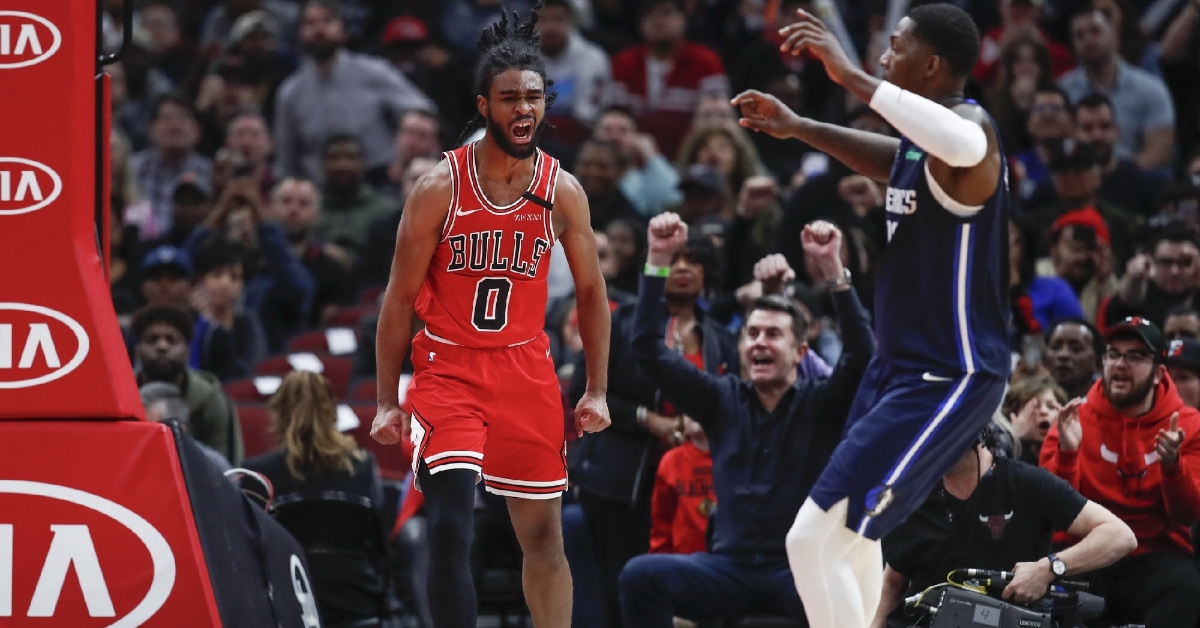 Despite Zach Lavine missing the game, the Bulls hung on to beat Luka Doncic’s Mavericks 109-107 Monday night in Chicago.

Some might think the Bulls were able to beat the playoff-bound Mavericks because Zach Lavine was out — but there is no way to deny that Lavine’s 25.5 points per game were missed. The fact of the matter is the Bulls got contributions from multiple players who have not been playing or getting minutes lately.

The win over the Mavs should open Jim Boylen’s eyes to which players should be getting minutes. Denzel Valentine, Otto Porter Jr., and Coby White certainly come to mind.

Former Spartan Denzel Valentine put up a season-high 17 points for the Bulls, while Otto Porter Jr.’s return included the forward adding 18 points off the bench.

Thaddeus Young was a rebound away from a double-double, and Tomas Satoransky and Ryan Arcidiacono also were in double figures.

While it appears all was good on Monday night, Jim Boylen still provided his daily laughable moment. Right before the Bulls were about to score a layup — Boylen called a time out. That act certainly got a laugh out of Luka Doncic, which made national headlines on various platforms.

The Bulls were able to hold off Doncic’s 23 points and a game-high 26 from Tim Hardaway Jr.’s 26.

However, it was Porter Jr.’s return that stole the show. Once Porter Jr. and Lavine are both healthy, it could add the extra scoring layer to the Bulls lineup that they have deeply missed all season long. As it currently stands, the Bulls are the 11th seed in the Eastern Conference.

Otto Porter Jr. is back and it showed.

He ended the night scoring 18 points in 17 minutes of play to help the Bulls secure the W: pic.twitter.com/Ja0F3Gp8pd

While it may appear this is a lost season for the Bulls, they are simply too talented to tank bad enough to get a lottery pick so they might as well push for an eight seed, which they are just five games behind the slumping Brooklyn Nets.

Moving forward, if Valentine can perform as he did on Monday night, Coby White keeps up his hot streak, Otto Porter Jr. provides some consistency to Jim Boylen’s lineup, and Zach Lavine returns in stride — the Bulls could have multiple viable scorers to rely on as they push for the playoffs.

For now, a win over the Mavericks is something to build on at the very least.

Starting out the month with a W. Six players finished with double-digit scoring against the Mavs.

Here's a look at last night, presented by @LiquiMolyUSA: pic.twitter.com/DhSPijL4ue