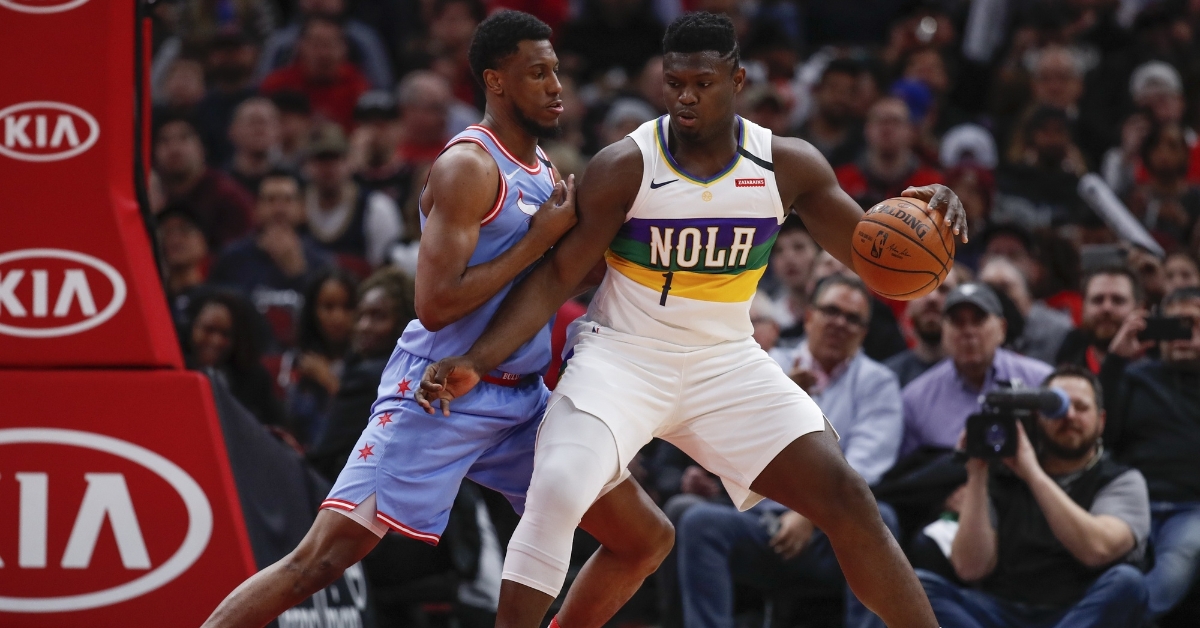 Once again, the Bulls had to play catchup early only to mount a great comeback in the fourth quarter. As the case has been much of the season, Chicago just can’t seem to find a way to win come from behind efforts as the Pelicans (21-31) remain red hot to down the Bulls (19-34) 125-119 on the road.

It was Chicago’s first look at rookie phenom Zion Williamson, and once again, the phenom didn’t disappoint. After initially being listed as questionable with a toe injury, Williamson was cleared to play and put up big numbers in just 25 minutes on the floor. He finished with a team-high 21 points to go with four rebounds and two assists on an impressive 9-11 shooting. All-star Brandon Ingram was the only other New Orleans starter in double figures adding 15, while J.J. Redick poured in 18 off the bench.

The Bulls continue to be led by Zach Lavine, who finished with a game-high 22 points but received much better balance throughout their lineup. In total, the Bulls had seven players in double figures Thaddeus Young, Chandler Hutchinson, Lavine, Coby White, Shaq Harrison, Ryan Arcidiacono, and the biggest surprise of the night in two-way player Adam Mokoka who scored 15 points in just five minutes. All seven of these players had at least 11 in the game.

The early stages of the first quarter belonged to the Bulls as Tomas Satoransky, and Young helped give them a quick 9-4 lead before the Pelicans began to take over. With Lonzo Ball heating up from the outside with the help of Rookie Jaxson Hayes and Josh Hart, the Pelicans went on a 23-9 run to seize control of the game 27-18 before Redick nailed a three at the buzzer for the 32-25 first quarter Pelicans lead.

The outside shooting from Redick remained a key in the second quarter as the Pelicans offense began to play at the level; they have for the past two months. Just when it looked like the Bulls were climbing back in the game following a Hutchison dunk, the Pelicans went on another 10-4 run to push the lead back to double digits. That is when Lavine and White starter to get going as they matched the Pelicans point for point the rest of the half to trail 72-62 at the break.

Knowing that defense was the way to get themselves back in the game, the Bulls went backwards in that regard as Derrick Favors started to get involved in the Pelicans offense as they opened the second half on a 15-4 run to take the Commanding 87-66 lead. The trio of Redick, Williamson, and Ball led the offense the rest of the way as the Bulls were outmatched through three quarters down 103-81.

It was in the fourth when things began to get interesting as the Bulls once again decided now would be an excellent time to make shots. Down by 24 following a Williamson dunk, Lavine started taking the ball to the hole as he looked to close the gap under 20. A Nicolo Melli three-pointer made that much harder as now the Pelicans had their biggest lead of the night at 114-89.

It was at that point when the Bulls bench began to take over as Christian Felicio picked up three quick points before Harrison and Arcidiacono added four more to make it a 114-96 game. Down by 23 after a Hart three-pointer, Mokoka took over as the next five minutes became the Mokoka show. For five minutes, including the game’s final three, Mokoka scored a career-high 15 points, including 12 straight points to make it a 123-116 game.

Chicago continued to make things interesting as Arcidiacono drilled a three from the top of the key, and just like that, it was 123-119 Pelicans with six seconds to go. Looking to ice the game at the line, Hayes missed both of his free throw attempts, but an inadvertent Felicio tip at the rim gave the Pelicans the final two points of the night as New Orleans held on for the 125-119 win.

Both teams shot the ball well with the Pelicans hitting on 56.5% of their shots while the Bulls were at 49.5%. The difference in the game came from deep as New Orleans managed to hit on 16 three-point attempts compared to the Bulls 13 as both teams were over 42% from beyond the arc. Chicago returns to the court Sunday against Philadelphia.