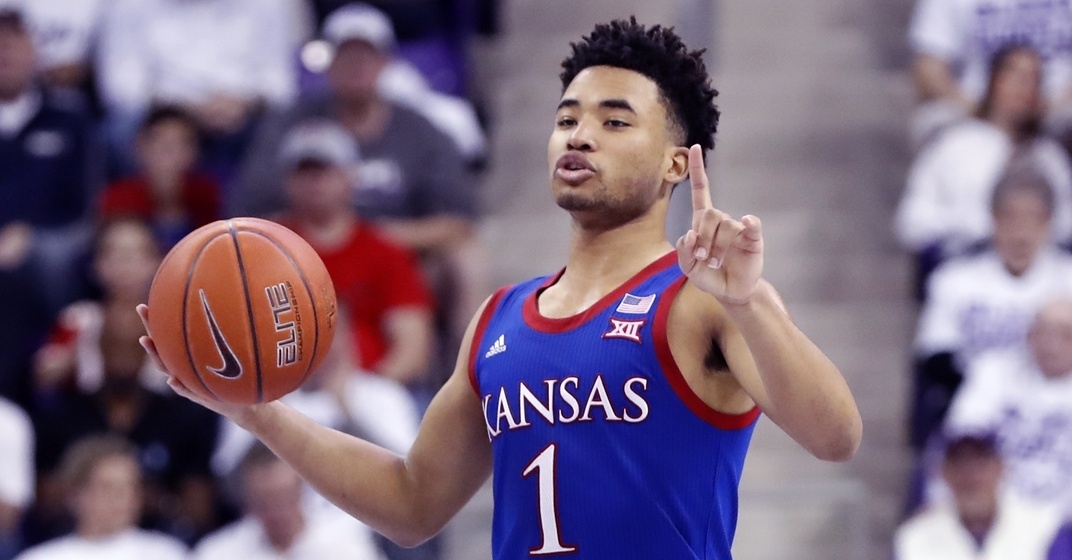 Like the NFL and MLB draft, where teams add undrafted players, the NBA has the same rule, and often it works out in their favor. Fred Van Fleet is one of today's game stars that went undrafted and now has turned himself into an All-Star caliber guard. Although that is not the case often, there is a chance it happens, and for the Bulls, they may have gotten the best-undrafted player of them all and perhaps the steal of the draft.

Graded out as a potential late first early second-round talent, Chicago Native and Kansas Guard Devon Dotson went undrafted. The Bulls noticed that and snatched him up to at the very least leave with a point guard added to this roster. Dotson, A Chicago Native, grew up idolizing Derrick Rose and often emulated his game from Rose. While the contract details are unclear at this time, it looks like he will sign a two-way deal allowing him to play for both Chicago and Windy City.

This is a move that will get overlooked and possibly could turn into the steal of the draft. Coming off his second year with the Jayhawks, Dotson was the floor general and led them to a 28-3 mark. He led the team in scoring with 18.1 ppg while adding 4.0 RPG, 4.0 APG, and 2.1 SPG, all assets the Bulls need. He is a player that should have been drafted, so the Bulls should consider themselves fortunate for stealing him.

ESPN had him ranked the 47th best prospect, while some had him at 33. He was projected to go 42nd but have seen reports of him in the 28-34 range. Why teams didn't take him in the second round is beyond me, but it does help the Bulls as this pick could be the steal of a lifetime. Chicago entered the night needing point guard help and left the night with a point guard. They are still looking for veteran point guard help immediately, but Dotson gives them a future option.

Not only is he a floor general, but he plays extremely fast and very similar to Coby White. He is also a player who can score in bunches while destroying defenses in transition. A lot of people have compared his style to White, just with less scoring upside. Dotson is a fun gadget and will be someone to watch this season.

Dotson was one of the best players in the country last season for one of the best programs. Yet somehow, he flew under the radar, and teams didn't feel he could play at this level. The Bulls see something in him and decided to take this flyer, which is a win for the franchise. Now Dotson gets to play in the NBA and joins the organization that is his hometown team and will play on the team that had his idol 10 years ago.

For all good teams to be successful, they need a floor general. That is something the Bulls have lacked since Rose left, and maybe Dotson can be the guard of the future. I don't expect him to be added to the NBA roster right out of camp as I see him landing in Windy City. However, I don't see him staying there all season.

The Bulls signed him to a two-way contract for a reason. They believe in him and what he can do as a player. They know he needs to develop a little bit but want to give him ample opportunity to showcase his stuff on the NBA roster. Look for him to land on the NBA roster sometime during the second half and play a significant role off the bench.

Devon Dotson will wear No. 3 ?? pic.twitter.com/G4HLJMhFjZ

One of the fastest guys in college ball ??