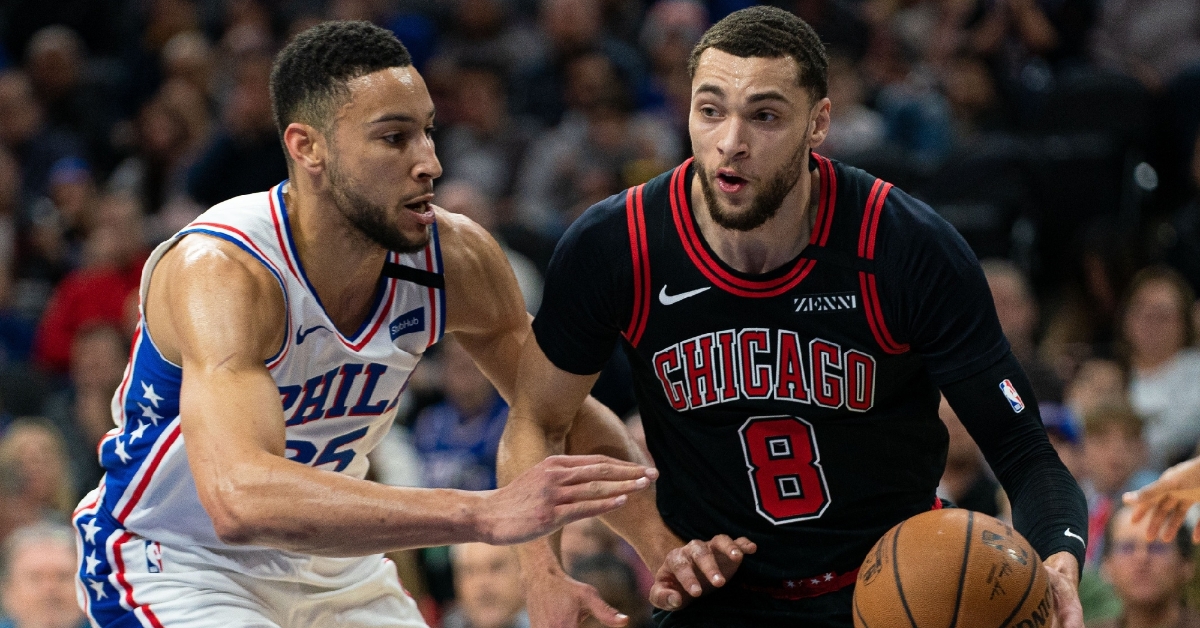 A common theme for the 19-35 Bulls has been competitive, but not being able to close out the job. Off the top of my head, I can’t remember how many times this season where the Bulls have led in the fourth quarter only to let that slip away. That was indeed the case again on Sunday as the Bulls had one of the best in the East in the Philadelphia Sixers (33-21) on the ropes only to fall late 118-111.

It was a case of two different Bulls teams, as we saw the good Bulls for two quarters and the bad Bulls for two. Unfortunately, it was the Bad Bulls that showed up in the first with Philadelphia punching them right in the mouth. With Ben Simmons and Joel Embiid receiving most of the attention, players like Shake Milton and Furkan Korkmaz stepped up in critical moments all game long with Korkmaz lighting it up in the first along with Embiid. The two of them combined for 25 points in the first with Korkmaz coming out blistering hot with 17.

Chicago put up a decent fight early, but couldn’t find their true offensive flow quite yet as they were down big 38-25 after one. Playing catchup is something the Bulls have been all too familiar with this season, but in the second, Chicago began to show signs of life on both sides of the ball. For the Bulls to have any postseason hopes this year, the bench needs to step up until the quartet of injuries is back in full swing.

Shaq Harrison did an excellent job of that in the second last night as he provided a much-needed spark early on. 2019 first-round pick Coby White continues to show promise in his second unit role while Luke Kornet has thrived since filling in for Wendell Carter Jr at Center. Kornet dropped a season-high 25 last night as he continues to impress. It wasn’t until Tobias Harris put the Sixers up 52-39 when the Bulls starter to get things rolling. Zach Lavine got things rolling with seven straight before Christian Felicio had three buckets down the stretch to close the gap to 60-55 at the half.

The Lavine show continued in the third when he single-handedly willed the Bulls offense. It wasn’t just Lavine’s ability to make jumpers, but his ability to create space and hit contested jumpers. In total, Lavine went off for 15 points in the third accounted by five three-pointers to set the tone for the Bulls offense. Add in 10 points from Kornet and Tomas Satoransky, and you can see why the Bulls found ways to draw even 83-83 through three-quarters of play.

Zach LaVine shot 50% from behind the arch, dropping 32 points and dishing 8 assists against the 76ers: pic.twitter.com/8Mfnu0Louj

Looking to finish the job in the fourth, the Bulls quickly found themselves down four before Chandler Hutchison closed the gap to two. Just like in the first, the Embiid, Korkmaz combo, was at it again as they once again led the way for the Sixers offense. With Lavine nowhere to be found early, it was Kornet coming out guns blazing scoring eight of the teams first 10 of the quarter to keep things close 97-93.

With the Sixers looking like they were about to pull away following a Simmons bucket, a huge three from Satoransky brought things within 99-95 as the Bulls refused to go down quietly. Glenn Robinson III and Harris followed that up with buckets of their own before Lavine and Thaddeus Young answered to keep things 106-101. It was at that moment when Philly flipped the switch as Korkmaz connected for five quick points for the 111-101 lead.

The two teams then began exchanging buckets the rest of the way, which was not what the Bulls needed, eventually falling 118-111 for their fifth straight loss. Lavine once again led all scorers on the night with 32, but it was the Embiid (28), Korkmaz (31) duo that ignited the Sixers with Simmons dropping 19 of his own. Kornet did his best to help Chicago with his season-high 25 points with Felicio adding a career-high 13 off the bench. Both Satoransky and Young added 10 points of their own with Young recording a double-double with his ten boards. The Bulls will be back at it tomorrow at Washington in their final game before the all-star break.

Not enough in Philly. pic.twitter.com/zk4KP33Kg0