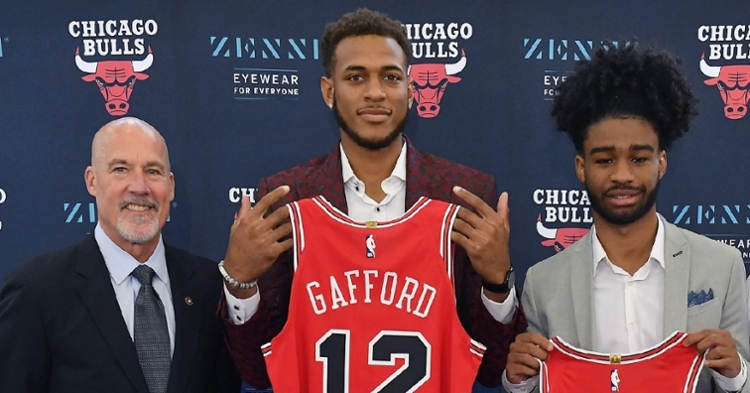 The Chicago Bulls announced today that John Paxson, who has served in various roles for more than three decades, is moving into a new role as Senior Advisor of Basketball Operations.

JERRY REINSDORF: "John has an invaluable perspective on our organization and where we want to be, and he played an instrumental role in this change by bringing forward the idea of a restructure and reorganization. I have always held his knowledge and basketball insight in the highest regard, and he has earned my respect as well as that of his peers. His decision to take on a new role reflects what I've always known about John – that he is forever a willing teammate on and off of the court and always does what he believes is in the best interest of the Chicago Bulls."

JOHN PAXSON: "When I came here in 1985, I never imagined what the Chicago Bulls would mean to me more than 35 years later. While I'm in a new role and a new phase in my life, what won't ever change is my commitment to the Bulls and appreciation to Jerry and Michael for the incredible opportunities I've been afforded. I've had the rare opportunity to see this team as a player, broadcaster and executive, and at every turn I've been fortunate to experience what makes this organization so special - people who give their best every day and work together as a team, as well as our incredible fans who support us. I've always tried to do what was best for our organization and put our team in position to succeed, and ultimately compete. I know Arturas will do the same. He brings the kind of talent, experience and commitment to collaboration that will allow him to succeed in his new role. I truly believe this is a great opportunity for the Bulls organization and that there are bright days ahead."