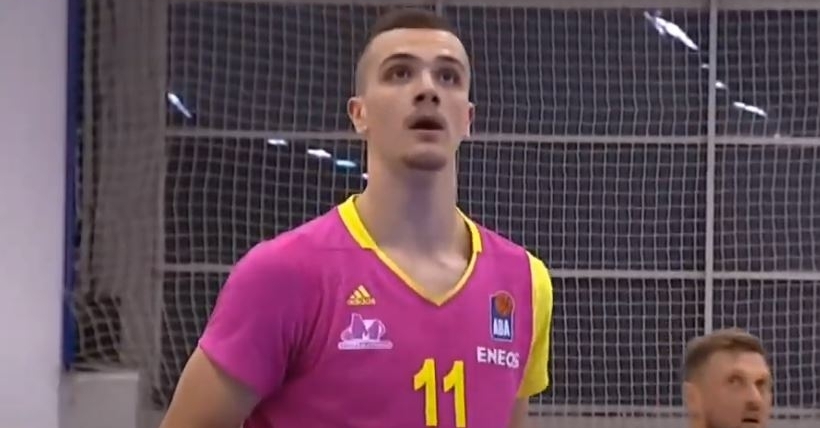 After using their first-round pick to draft a raw, yet upcoming Patrick Williams, Chicago went across the pond where they selected their second-round selection. Serbian Big-Man Marko Simonovic was the man who too comes with his own bag of potential and tricks.

If you look his name up on google like I had too, you find a Serbian Basketball player who is 34- years old. While most of that is true, this Simonovic is not 34 and is instead a 21-year-old Center playing for Mega Bemax of the ABA League. I still have a lot to learn about this player, but he has a bright future from what I have seen so far.

In 21 contests, Simonovic averaged a shade over 16 points while adding 7.6 rebounds per game. Not to mention his ideal size for a center at 6-11 and 215 pounds, and there is a lot to like about this pick even if he doesn't come stateside immediately. He needs to add some weight to his frame, but that all comes with time, and it looks like Chicago will leave him in Serbia for at least one more season.

With the NBA constantly evolving and fewer centers being counted on in the offense, Simonovic fits the mold as the new breed of NBA centers and can spread the floor. He is a big man who has a very good shooting stroke and is very mobile in the open court. He reminds me a lot of Dirk Nowitzki regarding the shooting stroke, although he has a long way to go if he wants to reach that level.

With 14 player contracts already committed to this season, Simonovic will not be coming to Chicago this season and may be a couple of years away. That is always the challenge when drafting someone from the Euro Leagues as the team has rights for him, but he may not impact them right away. These are the moves Arturas Karnisovas has been known to make in Denver, so it shouldn't shock you to see one like this made in Chicago.

Look no further than Nuggets big man Nikola Jokic who was taken No. 41 overall. After being drafted by the Nuggets, Jokic spent an additional year overseas before coming stateside. Since then, he has turned himself into one of the best over big men in the game, a path Bulls fans are hopeful Simonovic takes. Even though he isn't expected to impact the short-term, this is a smart move by the Chicago front office.

Second-round picks tend to pan out, just a little bit later than first-round picks. Having a guy like Simonovic gives the Bulls someone to keep an eye on, and they can stash him overseas where he can continue to develop his game. The Bulls already have a prototypical Euro League big man on their roster in Lauri Markkanen, who is entering the make it or break it part of his deal. His decline over the past season is concerning, and the Bulls are hopeful he can bounce back.

If he can't, Simonovic could be the man to ultimately come in and replace him for the future. While Markkanen may be the more polished player, Simonovic may be more athletic and has a much more consistent shooting stroke. It will be interesting to see where his development goes from here, but this signings to keep an eye on the long term.