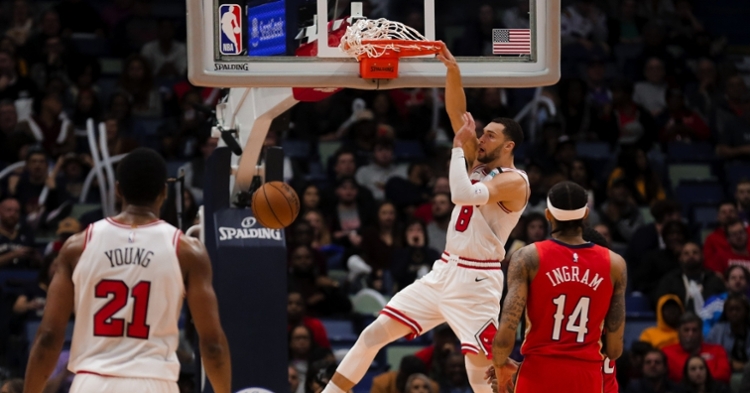 Chicago Bulls guard Zach LaVine was not selected to the 2020 All-Star game despite it being played on his home court.

However, according to multiple reports, he will participate in the NBA three-point contest at All-Star Weekend in Chicago.

No word yet if he will be in the slam dunk contest in which he would be one of the favorites. There has never been a player in NBA history to win a three-point contest and a slam-dunk contest winner in a single career.

?? It's official: Zach LaVine is repping Chicago in the 3-Point Contest on All-Star Saturday Night. ?? pic.twitter.com/I5VotGE1pm