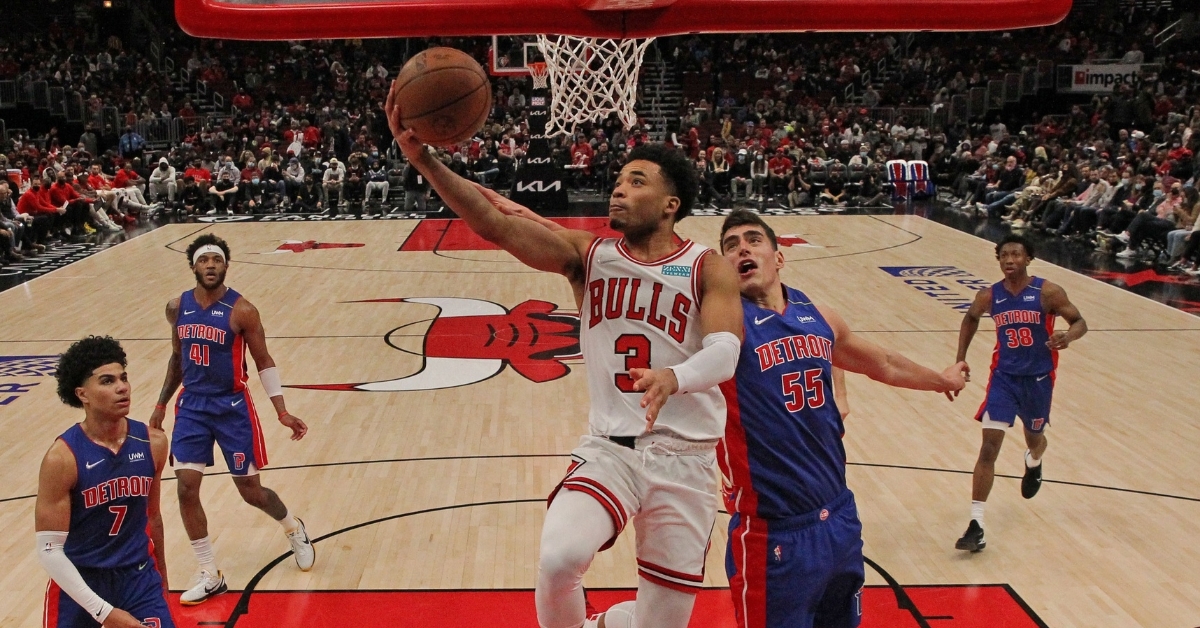 Now that the Bulls offseason is in full swing, fans should start to see what plans Arturas Karnisovas has for this team going forward. After improving by 15 games and making the playoffs this season, the Chicago Bulls had a successful season, but left so much to be desired.

This team was never healthy through a season-long rash of injuries mixed with a COVID outbreak, so you have to wonder where things could have been if healthy. Despite making the playoffs this year, the Bulls were severely exposed against the Milwaukee Bucks as a lack of shooting, depth, and overall size did them in.

With nearly every starter expected to return next season, you could see the rest of this Bulls roster gutted as this team looks to build a better and more consistent roster. One word used this offseason has been continuity, and the Bulls would love to run it back with the same players they had this season.

Karnisovas knows this but also knows this team needs to make some changes to prepare them for the post-season. One of the most significant questions will be surrounding Zach Lavine and whether he will get the Supermax to stay in Chicago or test out the free-agent waters.

Lavine has been a massive part of the Bulls recent success, so losing him would put the Bulls in a position to make a huge splash in free agency to add another scorer. This offseason, other players to watch on the roster would be Coby White and Ayo Dosumu, as both could be traded for more considerable assets in the paint.

Should that happen, the Bulls would need guard help behind Lonzo Ball, and Alex Caruso and Devon Dotson could be an option. Signed as an undrafted free agent out of Kansas two seasons ago, Dotson was a great player in his two years under Bill Self, but his sophomore season put him on the map.

After averaging 12.3 PPG as a freshman, Dotson went off in his second year at Lawrence, averaging 18.1 PPG to go with four assists. Many thought he would land in the second round because of that production, but after going undrafted, the Bulls swooped in and added him to their roster.

In two years with the Bulls, Dotson has earned the opportunity to make the NBA roster playing in 22 games the last two years. Across those games, Dotson has averaged roughly six minutes per game and has given the Bulls 2.4 PPG. That is very minimal production, but it is hard to consistently produce when you are not given a chance to produce.

I believe that he has a future with this team because of the numbers he put up in the G-League, especially this season. After averaging a shade over 13 PPG during the summer league this season, you had to like what you saw out of him.

Keep in mind that this player went undrafted and then saw the Bulls G League team forfeit the 2020-21 season due to COVID. In the course of signing with the Bulls and playing in the summer league, Dotson saw 11 games of action which is not helpful to anyone's development.

Once it was revealed that the Windy City Bulls would be returning, Dotson was part of their summer league team when he finished as the team's third-leading scorer. Once he arrived in the G-League, Dotson put on a show that will leave the Bulls with the question of whether or not he deserves to make this team next season.

Dotson was on a mission across his 25 games played this season as he led Windy City in scoring, averaging 21.0 PPG. He added 7.1 APG and 4.6 RPG, putting his full arsenal on display. No one is expecting those numbers to continue should he make the NBA roster, but he proved he is more than capable of being an NBA-level PG in some capacity.

With many wholesale changes expected to come to the Bulls roster this offseason, look for Dotson to be the topic of conversation to replace one of the departing players. He was given a chance to shine this season and proved his worth as an undrafted player. Now he needs a chance at the NBA level.