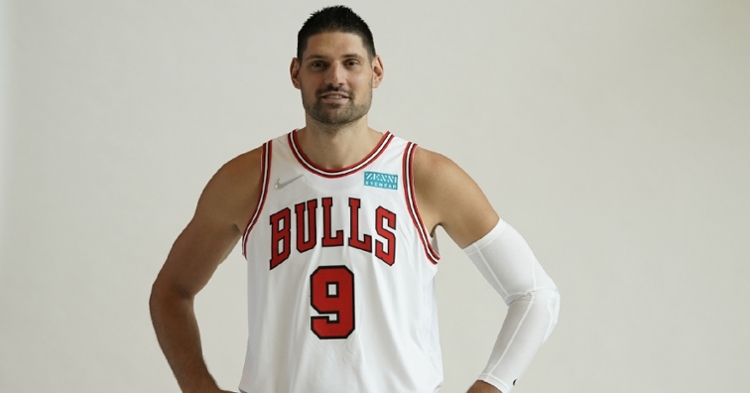 With the preseason set to begin shortly, we have reached the final installment of our Bulls season prediction series as we shift to the center position. This is one of those positions that will look drastically different this year as the Bulls did tons of shuffling around during the 2020-21 season.

Both Luke Korner and Daniel Gafford were traded midseason to the Celtics and Wizards in exchange for several pieces, some of which remain and some who don't. Perhaps the most significant and most surprising move of them all was sending former No. 7 overall pick Wendell Carter Jr to Orlando in exchange for All-star big Nikola Vucevic.

The Bulls were sitting at 18-19 and climbed up to the sixth seed in the Eastern Conference standings. Carter Jr was viewed as an all-star caliber center, but his offense was inconsistent, and he never was able to stay healthy, which made things a bit easier when it came to deciding his future. He never lived up to his potential, so acquiring a player like Vucevic was a no-brainer.

Even if that move essentially sent the Bulls into a tailspin that they couldn't recover from, Vucevic continued to play at his all-star level. He gave Zach LaVine the all-star player he was lacking, and now entering his first full season with the Bulls, Vucevic is looking to be even better. Given what the Bulls did this offseason in terms of adding pieces, he will be better, and so will this team as 45-48 wins and a postseason berth is not out of the question this season.

This was by far the most surprising move of the trade deadline, even if it didn't work out how the Bulls planned last year. Regardless, they acquired an annual all-star center who is not only a double-double machine, but has two more years left on his contract. Vucevic is the rare big that can do it all, from playing inside the paint to making things happen to step out to knock down the perimeter jumper.

While LaVine will get most of the scoring opportunities, Vucevic was equally as good as he scored in double figures all but one game, with Chicago scoring 15 or more in all those contests. His three-point shooting also greatly improved to where he was knocking down nearly 44% of his outside attempts with his new team. Should that continue this season, the Bulls will forget about Lauri Markkanen as Vucevic is a better all-around player.

Given how the NBA schedule works and how much the players workloads are managed, no one should expect them to play 82 games anymore. However, if healthy, Vucevic will play plenty of games and be a massive piece for this new-look Bulls team.

He is precisely the big the Bulls have needed for the longest time, and he compliments LaVine very well. There are not too many times when LaVine is held in check, but when those games do happen, Vucevic can take the game over himself and put up great numbers. I expect him to average close to a double-double for the season again with Chicago and continue to play at an all-star caliber level with a team that could land him in the postseason.

With Gafford and Kornet also with new teams, the Bulls frontcourt needed some reinforcements not only for depth, but for some much-needed size inside. Enter Tony Bradley Jr, who will be looked upon to fill the role of Gafford. The former first-round pick selected 28th overall by the Los Angeles Lakers in 2017, Bradley Jr has struggled to carve out a regular role in this league, bouncing around as a reserve-type player.

He spent his first three seasons with Utah and never averaged more than 5.7 PPG before landing with Philadelphia and Oklahoma City last season. It was with the Thunder when Bradley started to show his potential averaging 8.7 PPG and 6.1 RPG across 22 contests. None of those contests were starts, but he averaged a career-high 18 minutes per game compared to 14 or less everywhere else.

Bradley Jr. is not only going to see consistent time this season, but will have a more prominent role than even he expected when he signed with the Bulls. With Patrick Williams out 4-6 weeks with a sprained ankle, Bradley Jr will not only be counted on more off the bench, but could find himself battling with Alize Johnson and others for a starter PF role when the season opens.

That would be huge for a former first-round pick that hasn't had a ton of opportunities to this point, and that could be what helps him reach his potential. There are not too many depth deals that get fans excited, but this is one of those sneaky signings that could prove to be a steal. Bradley Jr has all the talent to be a great player; he needs to be given the consistent minutes to showcase those skills.

With Williams down for most likely the first week or so of the regular season, the Bulls may have a roster spot to fill. That could be locked down by Simi Shittu, who has been one of the better players for the Bulls G-League team averaging 14.7 PPG and 11.3 RPG. Shittu has seen limited action with the NBA roster, but hasn't seen the floor much. In summer league action, Shittu continued to play the stellar defense he has displayed in the G-League, but his scoring took a significant hit.