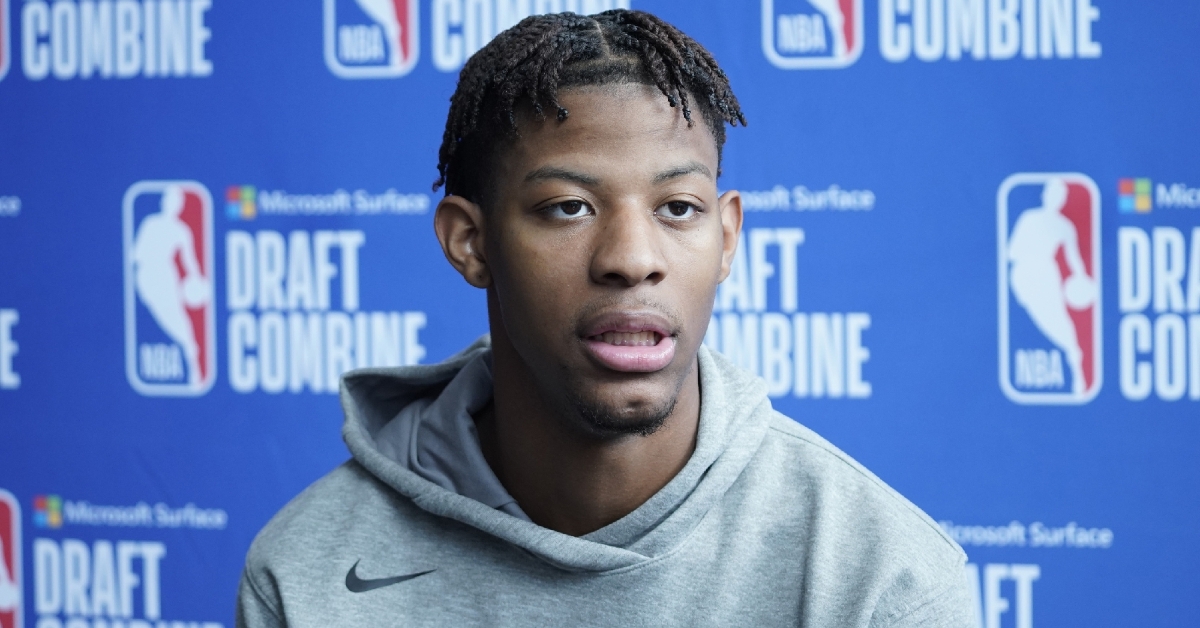 In the three years since Arturas Karnisovas has taken over the Chicago Bulls front office, there haven't been many things to question. He had a vision for this team and knew what had to be done to make them competitive.

From making in-season trades to going all out in free agency last year, this team became a playoff team in just two seasons and is now looking to take that next step. With just one pick in the 2022 NBA draft, the Bulls had to make sure they hit on that pick if they wanted them to become an impact player.

A lot of their targets were off the board in the 14-17 range, but EJ Liddell remained available with their pick. He was a name that was talked about often and a name that many felt the Bulls were going to take. However, the Bulls passed on him, and Liddell fell to the second round, where he could be this year's version of Ayo Dosunmu.

Of all the moves Karnisovas has made since joining the Bulls, this is the one fans will question the most as they drafted the former University of Arizona Guard Dalen Terry with the 18th pick. When you look at the needs of this team, guard play was not one of them unless the team believes Lonzo Ball will not be ready to go come the regular season.

To see the Bulls take Terry over Lidell and some other players was a blindside move, but one that comes with tons of upside if it clicks. Most mock drafts had Terry in the 24-27 range, but when you look at the tape, you can see why the Bulls took him a little early.

For starters, he is a big guard at 6-7 and brings with him a long wingspan. That means he could essentially guard anyone 1-4, bringing defensive versatility to the table. Terry is also one of those high-energy players with the potential to be one of the better two-way players in this draft.

Add in his ball-handling skills and the ability to be a secondary playmaker, and you can see why the Bulls fell in love with him when they did. Terry also knows what it takes to be a winner, and those are the types of players that Karnisovas and Billy Donovan want on their roster.

The red-shirt freshman never showed his true ability to be a scorer at Arizona, but did improve a lot of his game from year one to year two on campus. After averaging just 4.6 points his first season on campus, Terry nearly doubled that last season when he averaged 8.0 PPG.

He also averaged close to 4.0 RPG and 4.0 APG as he showed the overall versatility in his game. While he is just a 68% free throw shooter, he shot close to 74% last season, so he put in the work to get better.

The same can be said about his perimeter jumper, which went from 32% to 36% in just one season. The most significant improvement in his game was his overall shooting ability, where he went from 41% to 50% last season. Those are the types of trajectories you love to see, especially if you are taking a guy earlier than expected.

While this is not the player most fans expected to see the Bulls draft at 18, this is a player who could be drafted a lot higher when they redraft this class a few years from now. Terry is excited to get to work, and now he brings his winning mentality to a culture focused on winning.