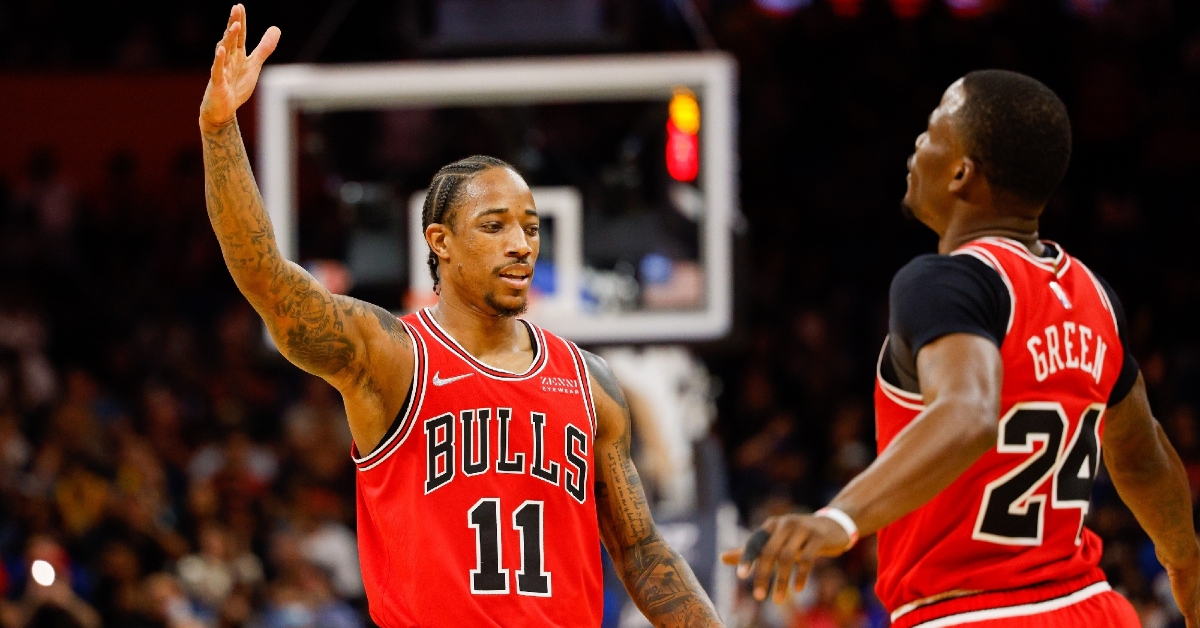 ORLANDO – Let's be honest, the last two games haven't been kind to the Chicago Bulls (13-7) as they had dropped two straight, including one against the league's worst team. It wasn't the losses that bothered fans and the coaching staff, but instead the way they lost as those losses put a damper on what was an impressive showing so far this season.

With an opportunity to get back to their winning ways last night, Chicago looked to take out their frustrations against an Orlando Magic (4-16) team struggling to win games, especially at home where they had just one win. Throughout the first quarter, things were not looking good for Chicago as Orlando not only took the Bulls' best shot but had the Bulls searching for answers early. Wendell Carter Jr showed up his former team by dropping 26 points and collecting 10 rebounds as he played a significant role in the hot start.

Outside of Carter Jr, the Bulls did a great job containing the Magic with only Jalen Suggs (14) and Franz Wagner (15) as the rest of their double-digit scorers. A big reason for that was the Bulls defense, who got back to their suffocating ways after two games that saw them play at a far less appealing level than what they are capable of.

While the Magic may not have had plenty of scoring options, the Bulls certainly didn't have that trouble as they had plenty of production from across the board. DeMar DeRozan may not have had his typical game, as his shooting percentage from the field has gone down in recent games. DeRozan made seven of his 16 shots against the Magic to lead the Bulls with 23 points on the night.

DeRozan had plenty of help on the floor, with Zach Lavine adding 21 points of his own and Coby White coming up huge off the bench as he ignited the second unit with 20 points his second type performance in less than a week as it seems like his rhythm is starting to come back. Nikola Vucevic returned to Orlando for the first time since his trade last season and added 16 points to go with eight rebounds, with Lonzo Ball adding 13 points to round out the double-digit scorers.

As bad as things have gone for the Magic this season, you have to give them a ton of credit for the fight they showed in the first half with the Bulls having to rally back to tie things up 27-27. That is when things changed in the Bulls' favor as they took command of the game with a 16-0 run to start the second quarter. Add that into how they finished the first quarter, and Chicago was on a 22-4 run at one point to seize command before cruising the rest of the way 123-88.

Big run sparked by the defense

The second-quarter run may have been what got the Bulls going in the right direction, but the defense was more so than the offense that played the most prominent role in that run. Once again, Alex Caruso was getting after things as his tenacity on the defensive side forced the Magic into plenty of bad decisions.

Those decisions resulted in turnovers and steals, which Caruso ranks near the top of the league in as the Bulls were able to get out in transition to keep the Magic chasing. Chicago may not have had another run like that throughout the rest of the way, but their ability to slow an offense down was evident in this one.

That is something this Bulls team has been able to do this season and something that will go a long way in determining their success. Now it is time for them to show it more consistently as the Bulls need to avoid the letdowns they have had in recent games and take care of the games they should win.

Where was this version of Carter Jr.?

Four years ago, Chicago drafted an athletic center from Duke University named Wendell Carter Jr. Aimed at potentially being the center of the future. Things never panned out during his time in Chicago, as he could be viewed as a disappointment. No one will call him a bust, but the numbers are not what you would expect from a top 10 pick.

Injuries played a significant role in his lack of consistent production in Chicago, but the numbers were not where the Bulls were hoping they would be even when he was on the floor. That forced their hand to make a trade, and that they did with the Magic by sending Carter Jr in exchange for Vucevic.

Much like Carter Jr during his tenure in Chicago, Vucevic has had an up and down career with the Bulls, but the numbers are at least consistent. His scoring may be down, but Vucevic is still a double-double machine. Sometimes a change of scenery is what a player needs and that appears to be the case for Carter Jr. Since the trade, Carter Jr is playing at an all-star level, and had this been the case in Chicago, who knows where he would be.

Another difficult task ahead

Not only have the Bulls been going through a brutal stretch of games, but the NBA schedule hasn't been too kind to them, especially of late. Coming off a five-game West Coast swing, the Bulls were immediately thrown into the fire with a game against the Knicks on Sunday, followed by a back-to-back against Indiana.

Their effort against the Knicks was great, but against the Pacers, the Bulls were flat, and the results were putrid. Now coming off a two-game road trip, the Bulls are put in another back-to-back situation, this time with one of the best teams in the Eastern Conference in the Miami Heat lurking.

To make matters worse, the game will be played in Chicago instead of Florida, meaning the Bulls had to travel back home last night for a quick turnaround. All teams go through these types of games and stretches, but the Bulls are having to go through a lot of it right now. Either way, a game needs to be played, which could be a potential Eastern Conference playoff matchup.