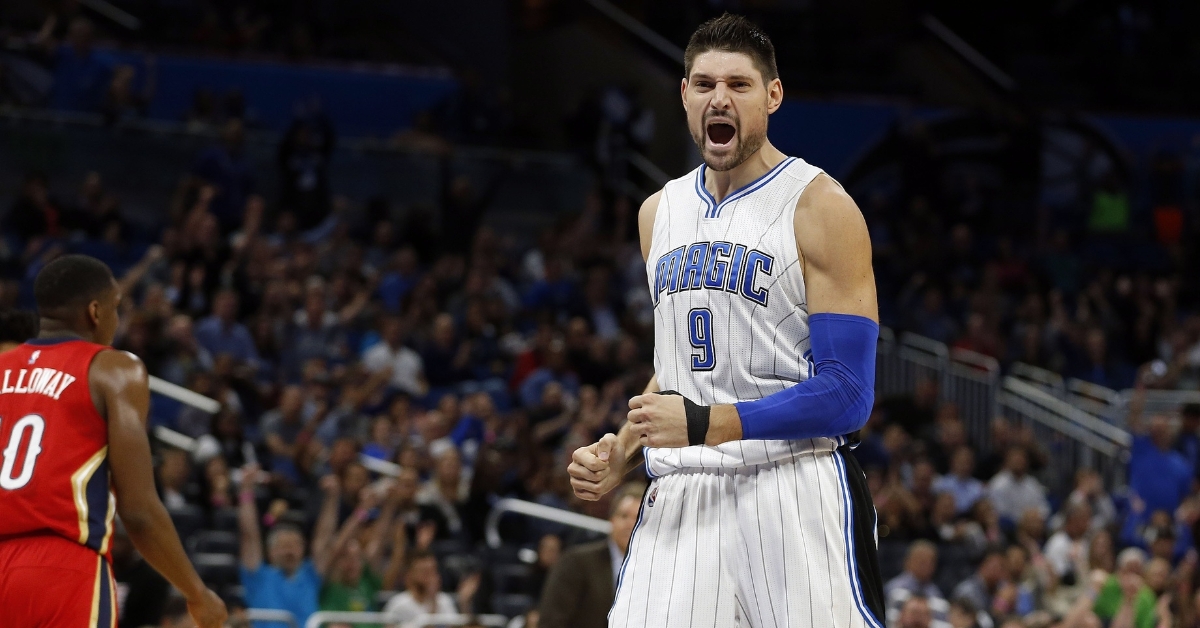 For the Bulls, they have been in the center of the trade talk community lately as they have been rumored to not only be in on Lonzo Ball but could possibly be in the process of dealing Lauri Markkanen. While some felt the Bulls would be sellers willing to part ways with Otto Porter Jr or Thaddeus Young, the reality is this team is contending for the postseason and should be focusing on that as opposed to selling off all assets.

Evidently, Arturas Karnisovas felt the same way as he has traded both Porter Jr. and Wendell Carter Jr to the Orlando Magic in exchange for Nikola Vucevic and Al-Farouq Aminu. With the deal, Orlando will also be getting the Bulls 2021 and 2023 first-round draft pick.

From the inside perspective of the trade, this is a great deal for Chicago. Porter Jr. was coming off the bench and making the most of anyone on this team. In the final year of his contract, he wasn't bringing much value to this team coming off the bench. By trading him, not only did the Bulls get something back, but he will have a chance to start and at least prove he can still play.

Losing Carter Jr will be a tough pill to swallow, especially when you consider he was the No. 7 overall pick just three years ago. Not only has Carter Jr had to deal with injuries since coming to the league, but he has never developed into the offensive player the Bulls had hoped he would. Going to Orlando gives him a chance at a fresh start and a new opportunity to start once again.

Coming Chicago's way is Vucevic and Aminu. Aminu, the 6-8 power forward, will give the Bulls a nice bench presence and will essentially take the place of Porter Jr. off the bench. Vucevic, on the other hand, is a huge get for this team and could be the best deadline deal this season. The 30-year-old center not only gives the Bulls a true center, which is something they have lacked for years but a center with a scoring presence.

Through 44 games this season, Vucevic was leading the Magic 24.5 ppg while adding nearly 12 rebounds. Certainly, he isn't being brought in to come off the bench as he will not only start but will add an excellent trio with Markkanen and Zach Lavine to give Chicago three important scoring options. This move also means that Young may be heading to the bench unless the Bulls choose to keep Young starting and move Patrick Williams to the bench.

Chicago may not be done making deals as they still seem to be in the running to either acquire Ball or Victor Oladipo from Houston. Oladipo would give the Bulls a nice scoring punch off the bench to pair with White while Ball would come in to become the starting point guard, which would ultimately mean Tomas Satoransky could be headed to the bench or part of a Ball deal.

The big thing to keep an eye on with this trade is the two first-round picks that Orlando will receive. One of those picks is sure to be a top 15 pick with the 2021 pick as that option. However, should the Bulls continue to improve, that 2023 pick could land somewhere in the '20s, and if the Bulls were to hang onto Vucevic beyond this season, it becomes a wash. Losing picks is never easy, especially for a young team that is trying to get better. However, losing them to acquire a player like Vucevic is smart, and Chicago is now better for making this deal happen.