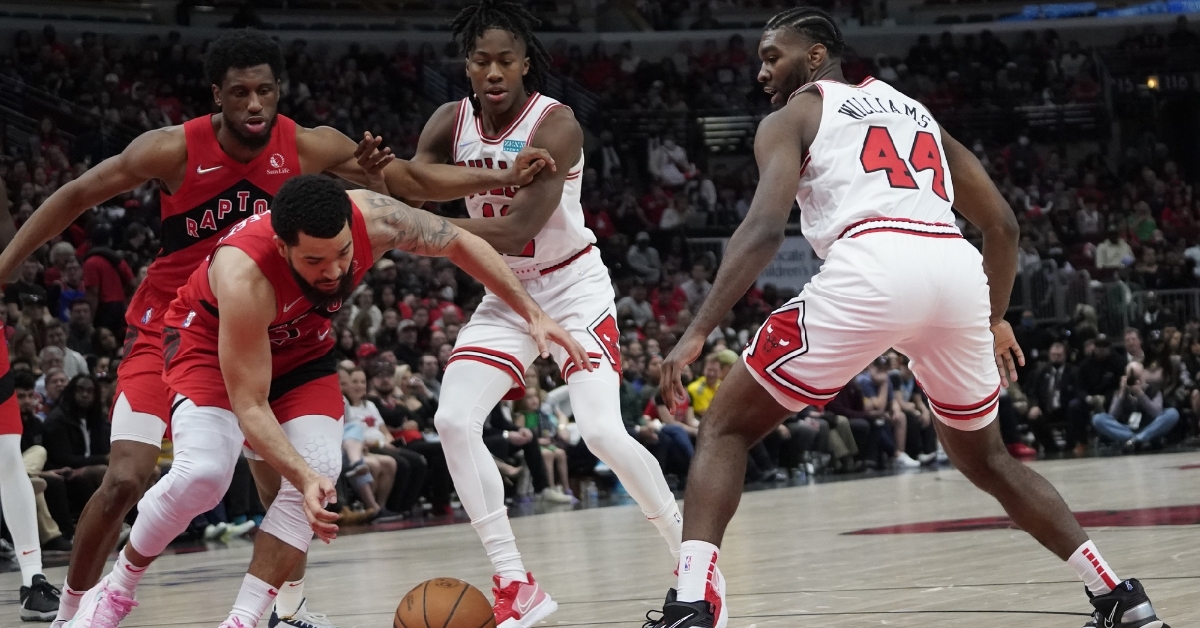 CHICAGO – Prior to Monday night's contest with the Toronto Raptors (40-32), the Chicago Bulls (42-29) received some bad news as Lonzo Ball is not returning as soon as they would like. After tearing his MCL in January and being put on a 3-4 month timetable, Ball hasn't responded well to his increased rehab and will be shut down for 10 days. His return before the postseason is looking less likely as the Bulls are not just hoping to get him back at some point.

While Ball is still not cleared to return, the Bulls did receive a massive lift on Monday as the second year forward Patrick Williams returned after breaking his wrist early in the season. Although not in the starting lineup and not expected to contribute much right away, having him back for the playoff push is enormous, and the Bulls showed why as they picked up a massive win against the Raptors 113-99.

Toronto has been one of the more surprising teams in the Eastern Conference this season, especially the second half of the season. A team that was looked at to go through a rebuilding phase is now in the middle of the playoff picture and is climbing towards the No. 6 seed. Credit head coach Nick Nurse for that as his team continues to play hard for him.

Led by Fred Van Vleet early on, the Raptors came out firing as they were looking to even up the season series against this Bulls team. Van Fleet had eight early points and 10 points in the quarter as he finished the night with 19 points. Despite getting hit in the mouth, the Bulls responded as they went with a lineup change to shake things up.

Out goes Ayo Dosunmu and incomes, Alex Caruso, as Billy Donovan felt he needed to make a small change to pick up a win. That change worked for various reasons, as Dosunmu picked up 11 points off the bench while Caruso only had seven, but the way the defense played with Caruso in the lineup made the difference.

That is what Caruso brings to the table, as his defensive abilities made this team a playoff team in 2021-22. Following the hot start by Van Vleet, DeMar DeRozan and company started to settle in as they got on a big run of their own to close out the quarter on a high note. DeRozan finished tied for the team lead with 26 points while adding five rebounds.

Despite leading by six after one-quarter of play, the Raptors came fighting back in the second as they showed why they are the best offensive rebounding team in the league. What usually would result in missed shots and defensive boards turned into second-chance points as the Raptors managed to grab a one-point lead at the half.

Expecting a battle in the second half, it was time for Zach Lavine to step up as he had a massive third quarter to ignite the Bulls offense again. Like DeRozan, Lavine led all scorers with 26 points delivering on 50% shooting in the process. Despite not shooting the ball particularly well, the Bulls also got great production from Nikola Vucevic. Not only did he add 19 points, but he brought with him 13 rebounds as the double-double machine continues to deliver.

While those three were the big three on the night for Chicago, the Bulls still had many contributions from top to bottom. As mentioned, Dosunmu had 11 points off the bench to round out the double-digit scorers, while Javonte Green, Caruso, and Williams all had seven points in the win. In total, all, but one player who saw the floor scored a point as the Bulls picked up a massive game in the standings.

For the Raptors, they played hard, but when you get outscored by 12 points in the third quarter and 15 points in the second half, it makes for an uphill climb. Take away the quarter where they outscored the Bulls by seven, and this was a 20-point margin in the Bulls favor as they dominated the Raptors for the most part.

Pascal Siakam seems to have kicked his recent struggles to the curb as he led the way for Toronto with 22 points to go with five rebounds. Not only did Van Vleet add 19 points, but so did Chris Boucher off the bench as he continues to be one of the better sixth man guys in the league. His 19 points were not only second on the team, but he added 10 rebounds in 33 minutes which was more than a pair of Raptor starters.

Toronto also received an 11 point seven-rebound night from Khem Birch as those three provided the majority of the offense for the Raptors. With the win, the Bulls not only move one step closer to a playoff appearance, but guarantee themselves a winning season for the first time in five years. Give Donovan and his coaching staff a ton of credit for that as they continue to impress and will now begin their final road trip of the season, which starts at Milwaukee on Tuesday.