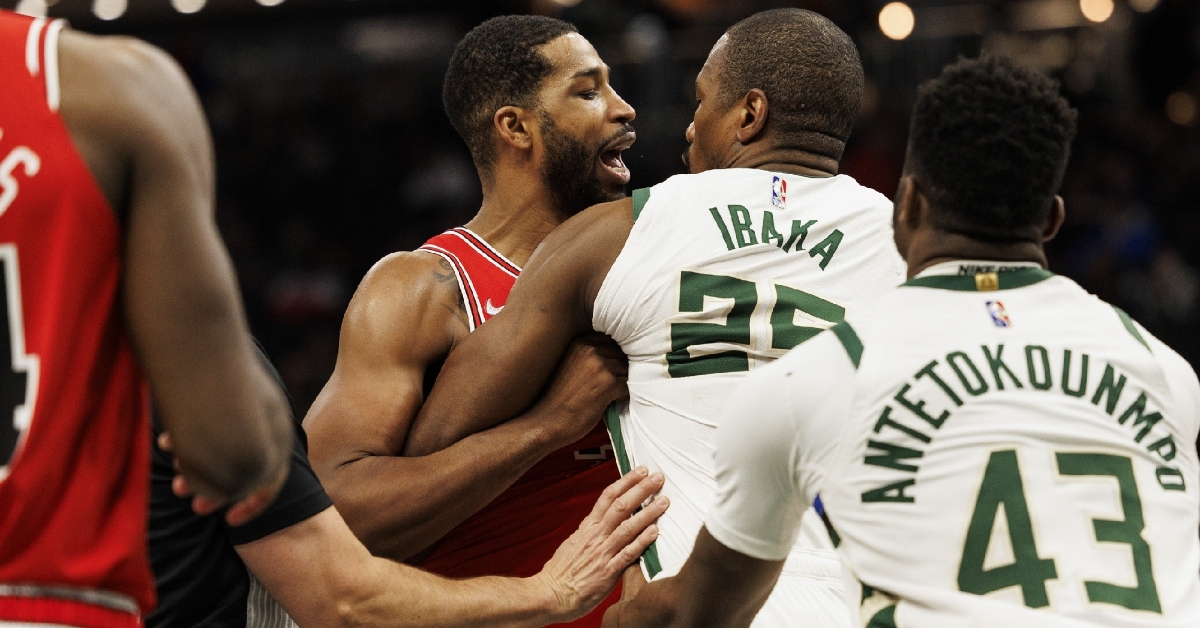 MILWAUKEE – We are getting down to the nitty-gritty portion of the NBA season, as the Chicago Bulls (42-30) are down to their final 10 games. With a playoff appearance within their sights for the first time in five years, Chicago has bigger goals in mind as they are looking to chase down the Milwaukee Bucks (45-27) for the Central division title.

Entering the game on Monday, the Bucks held a two-game lead in the division and won both meetings against the Bulls this season. That is where the two-game cushion was, so securing a win on Monday would have been enormous. Knowing how much this team has struggled to beat elite teams going winless against the top three in the conference and pair that with a below .500 record on the road and Chicago was undoubtedly in for a challenge.

Not to mention the Bulls were on the second leg of a back-to-back after topping Toronto on Monday, and they had a ton of adversity before the tip. You could see the effects of having a game the night before as the Bulls came out flat. On the other hand, Milwaukee was not flat, jumping out to a massive 33-20 lead after the first quarter. If it weren't for Nikola Vucevic and his 11-point first quarter, the Bulls would have been down by 20, so there were fortunate enough to be where they were.

The only chance the Bulls had to come back as if the Bucks started to cool down offensively. In the second quarter, they scored just 26 points, but the Bulls offense was held to just 23 as Chicago trailed by 16 at the break. Milwaukee continued to make things look easy in the second half, which led to Tristan Thompson and Serge Ibaka getting into it. All in all, the Bucks continue to have the Bulls number as they extend their division lead to three games with a 126-98 win. The loss also keeps the Bulls winless against the top three teams in each conference which doesn't bode well come playoff time.

Not only are the Bucks the defending NBA champions, but over the last month, they are starting to look like that team again. Add in a perennial MVP candidate, and they are a team no one wants to face. Giannis Antetokounmpo is a match-up nightmare for anyone, but he is like a playground bully when it comes to the Bulls. The former MVP had a solid, but quiet night offensively, scoring 25 points, but his 17 rebounds showed what a menace he can be.

One of this Bucks team's most significant pickups in recent years was adding Jrue Holiday to the mix. Fresh off his extension this season, Holiday is playing the best ball of his career and continued with a game-high 27 points. He also added seven assists and found plenty of open shooters. While those two were the lone players over 20 points for the Bucks, Milwaukee had plenty of offensive support as all five starters and seven players landed in double figures.

Recovering from an early-season injury, Pat Connaughton is back in the mix and will be a vital part of the Bucks team down the stretch. In 23 minutes off the bench, Connaughton connected for three triples and dropped 14 points to finish third on the team. Milwaukee also received 11 points from Ibaka off the bench. At the same time, Wesley Matthews (11), Brook Lopez (10), and Greyson Allen (10) all finished with double figures helping the Bucks to another easy win against Chicago.

For the Bulls, it is time to get serious as they need to figure out how to beat these good teams. The only way that can happen is for everyone to be on top of their game which they weren't last night. Credit the big three, however, as they were responsible for 64 of the team's 98 points, with 22 coming from Vucevic to go with seven rebounds. DeMar DeRozan and Zach Lavine each added 21 points which usually would be good enough to win most games.

However, when no one else on your team scores in double figures and you are getting a combined seven points from starters Javonte Green and Alex Caruso, that doesn't cut it in games like this. Caruso especially needs to step up as Lonzo Ball may not be returning until the playoffs, if at all. Despite his ability to play outstanding defense, his offensive game has taken a hit this season, and he has struggled over the last week.

With Ayo Dosunmu finishing with seven points to lead the bench in scoring, it is only a matter of time until he is back in the lineup with Caruso moving to the bench. Even with their struggles against the games elite, the Bulls have still positioned themselves to be in the playoffs, and they have done that without a healthy roster this season. In this five-game trip, the Bulls have four winnable games left where they need to take at least three of them before coming home for their final homestand of the season.