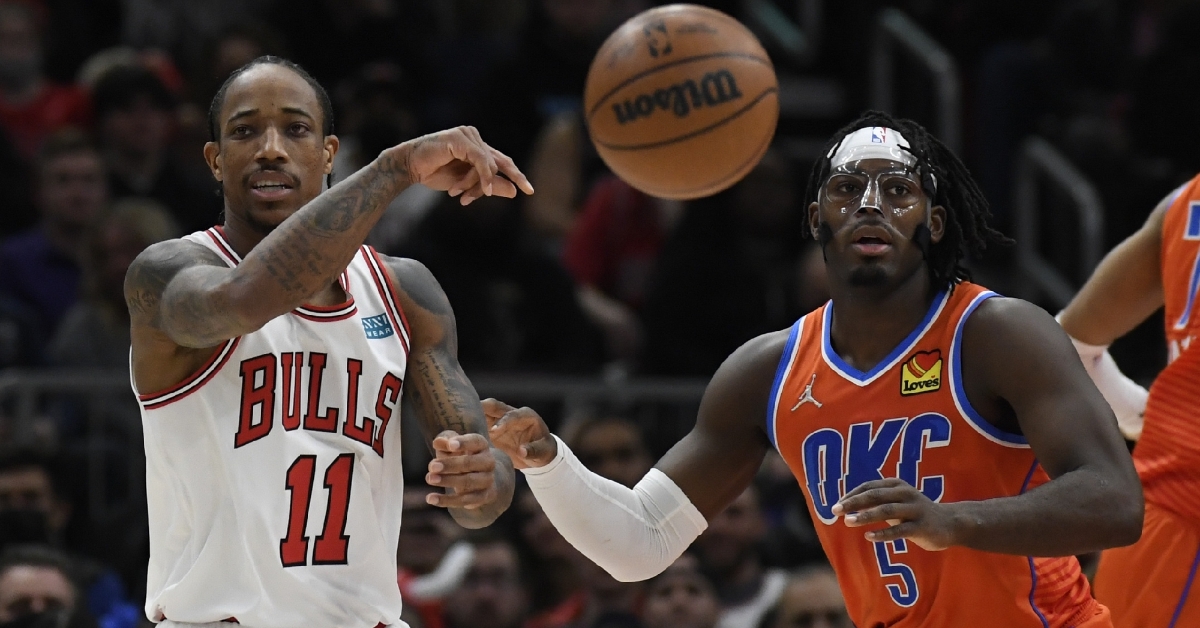 CHICAGO – Not that long ago, the Chicago Bulls (36-21) struggled to win games as a rash of injuries, and a brutal schedule started to catch up to them. Now that they are slowly getting healthy and have had an easier stretch of games, the Bulls have gotten back to their winning ways more consistently, which is a good thing heading into the all-star break.

Looking to win their third in a row, Chicago welcomed the Oklahoma City Thunder (17-39), who gave Chicago a run for their money the first time around. A few weeks ago, the Bulls had a double-digit lead against the Thunder heading into the fourth quarter and had told off a thunderous OKC rally that saw the Bulls hold on by one point.

With Zach Lavine missing last night's game with knee soreness, the Bulls were back to being shorthanded as the Thunder gave the Bulls a battle yet again. Take away the first quarter that saw the Thunder hold a comfortable seven-point cushion; the Bulls managed to outscore the Thunder in the final three quarters, including by five in the third to give them a one-point lead heading into the fourth. They then used their defense to make things happen down the stretch, limiting the Thunder to just 21 fourth-quarter points as Chicago tops the Thunder 106-101 to earn their third straight win.

Despite Lavine missing the game and being listed as day-to-day, Chicago still has another all-star to turn to in DeMar DeRozan. Since being acquired this offseason, DeRozan has not only played at a level he has never reached before, but has looked like an MVP at times. He continued his impressive stretch of play by going 12-24 from the field and 14-16 from the free-throw line to drop a game-high 38 points. That makes six consecutive 30 point games and four straight 35 point efforts.

Without Lavine, Chicago needed someone else to pick up the slack and look no further than big man Nikola Vucevic. Despite being the only option the Bulls have at the center position, Vucevic has taken that on by storm and has upped his game over the last two months of the season. His 31 point 15, rebound performance is the kind of game he gave the Orlando Magic all these years and one the Bulls have seen more frequently.

Apart from those two, the Bulls didn't get a ton of production, but Coby White did what he could in his return to the starting lineup. Filling in for Lavine, White put together another efficient 6-13 night, including knocking down four more triples to finish with 16 points. Ayo Dosunmu added 12 points, eight rebounds, and nine assists as he nearly came away with a triple-double.

The Bulls were not only down Lavine, but Javonte Green also missed the game with an undisclosed injury. Also listed as day to day, Troy Brown Jr was added to the starting lineup and did nothing for the Bulls, going 0-9 from the field to finish with no points. No one would have been shocked to see the Bulls lose because of that, but Malcom Hill (six points) and the return of Derrick Jones Jr (three points) added nine points off the bench to push the Bulls to the win.

For the Thunder, it was their rising star Luguentz Dort who had a massive night on the court. Dort may not have produced a ton of rebounds or assists, but he did pick up 31 points as he played a significant role in the Thunder's offensive success. Take away his game, and the Thunder would be doomed as they didn't have another player land in the 20 point range.

Darius Bazley was next on the team with 17 points to go with eight rebounds as he struggled to shoot the ball all night. Kenrich Williams picked up 12 big points off the bench as those points were desperately needed, with most of the starting lineup struggling to get things done. Josh Giddey has been a pleasant surprise this season, and despite his 11 point night, Giddey did everything as he added 12 rebounds and 10 assists for an impressive double-double in the losing effort.

The win not only puts the Bulls back into first place in the Central Division, one game ahead of both Cleveland and Milwaukee, but they remain in second place in the East, one game back of Miami. Chicago will look to make it four-straight tomorrow when they host the San Antonio Spurs in another winnable game.