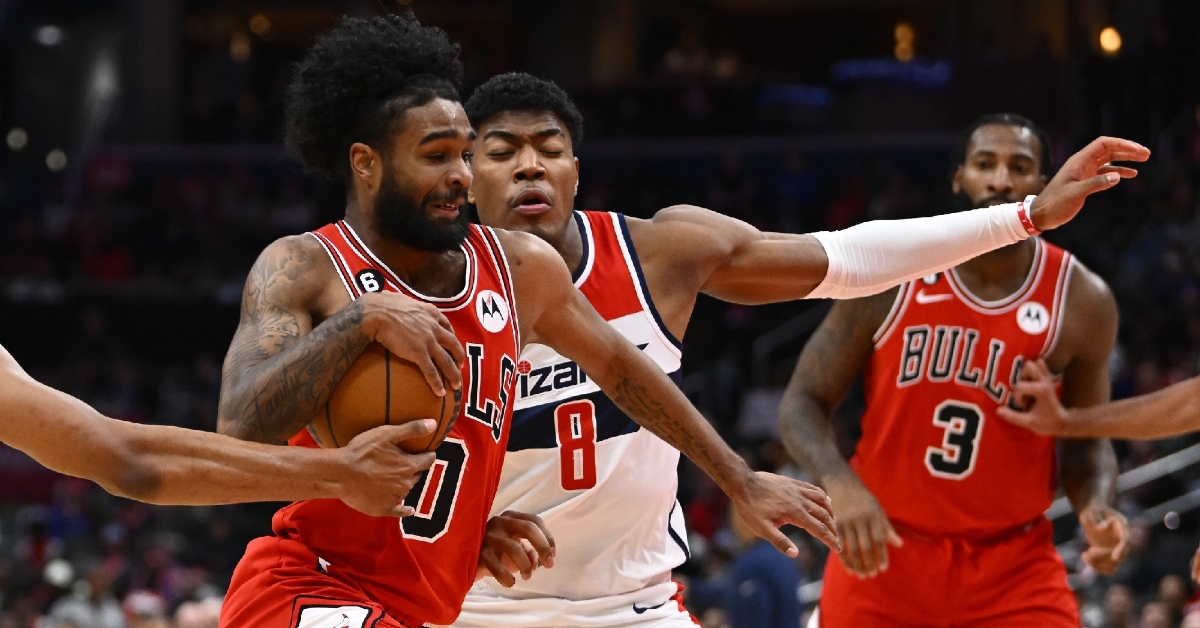 WASHINGTON DC - The Chicago Bulls (19-23) are not making it easy on themselves, are they? Just when you thought they were starting to put things together, the Bulls have now lost two straight, with the most recent coming against the Washington Wizards (18-24) on Wednesday. Not to mention that Demar DeRozan missed the game with an injured calf, and you have to wonder how long he will be out.

Regardless of how the team has played this season, the Bulls are at their best when Zach Lavine and DeRozan are on the floor. To their credit, Chicago wanted to prove they could win without DeRozan and took it to the Wizards during the first half as LaVine scored 19 of his game-high 38 points in the first half. That helped the Bulls build a 59-46 lead at the half.

The problem was, as it has been so many times this season, was starting the second half with the same energy they finished the first half with. Once again, it was a sluggish third quarter that did the Bulls in, as the Wizards dropped 41 points on their defense and outscored Chicago by 20 to take the lead. They then managed to overcome a horrid offensive showing in the fourth quarter as Lavine went for two points late in the game with the Bulls down three.

You heard that right. Lavine took a two-pointer when the Bulls were down three, and after missing the shot, the horn sounded with Washington standing tall 100-97. There have been several occasions this year where LaVine has played well, but makes boneheaded plays on the court. This was another one of the times as he continued to lead the way offensively, but not mentally.

Even with his 38 points, he couldn't come through when they needed him the most, which is the most frustrating part of his season. Looking at the final score, Lavine scored 40% of his team's points, meaning they got little production from anyone else. Nikola Vucevic had another solid 15-point, 10-rebound double-double as he was the only other starter in double figures.

You also had Coby White come through with 13 points off the bench, as he was arguably the only other player for the Bulls that played like he wanted to win. With DeRozan out, the entire Bulls roster needs to step up, which they didn't do on Wednesday. It is hard to win games when Patrick Williams, Ayo Dosunmu, and Alex Caruso combine for just 20 points in the starting lineup, as more is needed to make up for the loss of DeRozan. Andre Drummond was also injured in this game, so it was a rough night for Chicago.

The Wizards may not have the star power the Bulls have, but they have plenty of players capable of scoring. They, too, were without their best offensive threat in Bradley Beal, who continues to nurse a hamstring injury. Unlike Chicago, where many of their players failed to step up, Kyle Kuzma continued his all-star caliber season and led the way for Washington with 21 points.

Not only was Beal out, but so was Kristaps Porzingis, as the two best players for Washington were unable. Typically that would favor the Bulls, but when you don't get consistent production from your bench guys while the Wizards do, it poses an issue. Monte Morris gave Kuzma an excellent scoring partner and finished with 17 points.

You also had Anthony Gil (18 points) and Rui Hachimura (10 points) come through with big games off the bench as the Wizards used a combined effort to put forth just enough offense. Despite scoring nine points in the game, Deni Avdija played an enormous role as he hauled in 20 rebounds in the victory. These will meet again in February as the Bulls look to even up the season series.

The G-League regular season hasn't been as kind to the Windy City Bulls (3-4) as they have struggled to find that same consistency they had in the first half. Facing off against a Long Island Nets (6-3) who came into the game unbeaten at home, the Bulls were looking to come away with a split after dropping game one on Monday.

Things didn't look good for Windy City in the early going as a massive second quarter saw Long Island outscore the Bulls 30-16 to take an 11-point lead into the break. Unlike their parent club, who came out flat in the second half, it was the exact opposite for Windy City as they put up 36 third-quarter points and tied things up heading into the fourth.

It was in the final minutes of the fourth quarter that saw the Bulls trailing by a point only to come up with clutch baskets down the stretch. Those baskets made all the difference as Windy City handed the Nets their first home loss, 121-118. Javon Freeman-Liberty provided a massive spark off the bench for the Bulls as he led the team with 26 points and nine boards.

You also had Ethan Thompson continue his hot streak as he added 23 points. Thompson wasn't alone in having a great game in the starting lineup, as all five starters landed in double figures. Bobby Coupet Jr and Nick King picked up 16 points, with Carlik Jones (13) and Henry Drell (10) rounding out the day for the Bulls. Day'Ron Sharpe led the way for the Nets with 24 points.