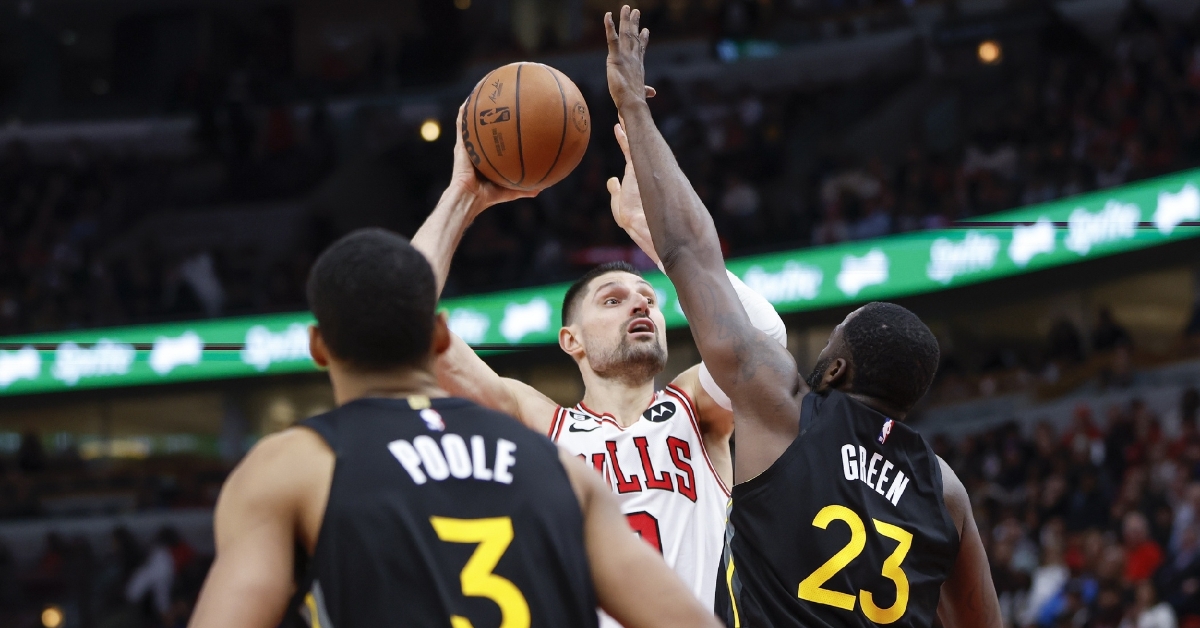 CHICAGO - When was the last time you could say Nikola Vucevic led the way for Chicago? Well, when the Chicago Bulls (20-24) needed him the most on Sunday, the Bulls big man showed up in a big way to help down the Defending Champion Golden State Warriors (21-22) 132-118. This was close to a career for Nikolic as he finished with a season and game-high 43 points. He also added 13 rebounds as he continues to post double-double double games.

No one will argue that this may have been one of the Bulls better wins this season, especially when you look at how things started. They jumped out to a 24-10 lead in the first quarter and held a 35-20 lead after one. Once again, the second quarter did the Bulls in as the Warriors caught fire and outscored the Bulls 42-24 to take a 62-59 lead at the break.

Unlike in previous games where the Bulls often started the second half flat, they not only outscored the Warriors by nine to take the lead, but then put up 40 points in the fourth quarter to pull away for the win. Vucevic had the hot hand all game long, connecting on 18-31 field goal attempts, with five coming from behind the arc. He has been on quite a roll lately, and it has started to pay dividends for the Bulls.

With DeMar DeRozan still sidelined with an injury, Zach Lavine has stepped up his game and is starting to like the Supermax player the Bulls paid for. He may not have shot the ball well, but with 27 points, he continues to provide the Bulls with great offense. The downside was that Lavine waived his no-trade clause before the game and could now be dealt if things don't change for Chicago.

A big reason for the Bulls overall success was having everyone involved, with six players landing in double figures. That included all five starters as Patrick Williams (10 points), Ayo Dosunmu (12 points), and Alex Caruso (12 points) had great nights from the floor to help the Bulls. Caruso nearly added a triple-double and has seen his name pop up in trade talks.

Coby White had a great showing off the bench for the second consecutive game and finished third on the team with 15 points. Should this continue for another few weeks, I find it hard to believe that he will be around beyond the trade deadline, as Chicago will make some changes to this roster.

For as good as Golden State has been at home this season, they are one of the worst teams away from home, which the Bulls exploited in this one. Not having Stephen Curry for a long time didn't help, but he is back, and the Warriors hope that will lead to more consistent success.

The Bulls defense deserves a ton of credit, however, as they did a phenomenal job against Curry and held him to 20 points. Curry did add 10 rebounds, but the Bulls were not going to let him beat them from the field. Instead, the other half of the splash brothers led the way, with Klay Thompson coming away with 26 points. Most of those points came from deep, as all but two points came from three-point land.

Like the Bulls, the Warriors had plenty of scoring options, but only three came from the starting five. Andrew Wiggins was the third member of that trio, adding 11 points, while Draymond Green and Kevon Looney combined for 17 points, 10 rebounds, and nine assists.

The other big scorers from the Warriors came from the bench, which has been a strength of theirs for years. Jordan Poole has emerged as a major weapon as he often fills in for Curry when he is hurt, but also provides major minutes off the bench. That continued again as Poole led the second unit with 15 points despite his struggles from deep. Anthony Lamb added 14 points to cap off the double-digit scorers for the Warriors, but it still wasn't enough in the end.

The Bulls will have some extended time off as they return on Thursday to take on the Pistons. That game is significant as it will be played in Paris, France, hence the extended layoff from the court.