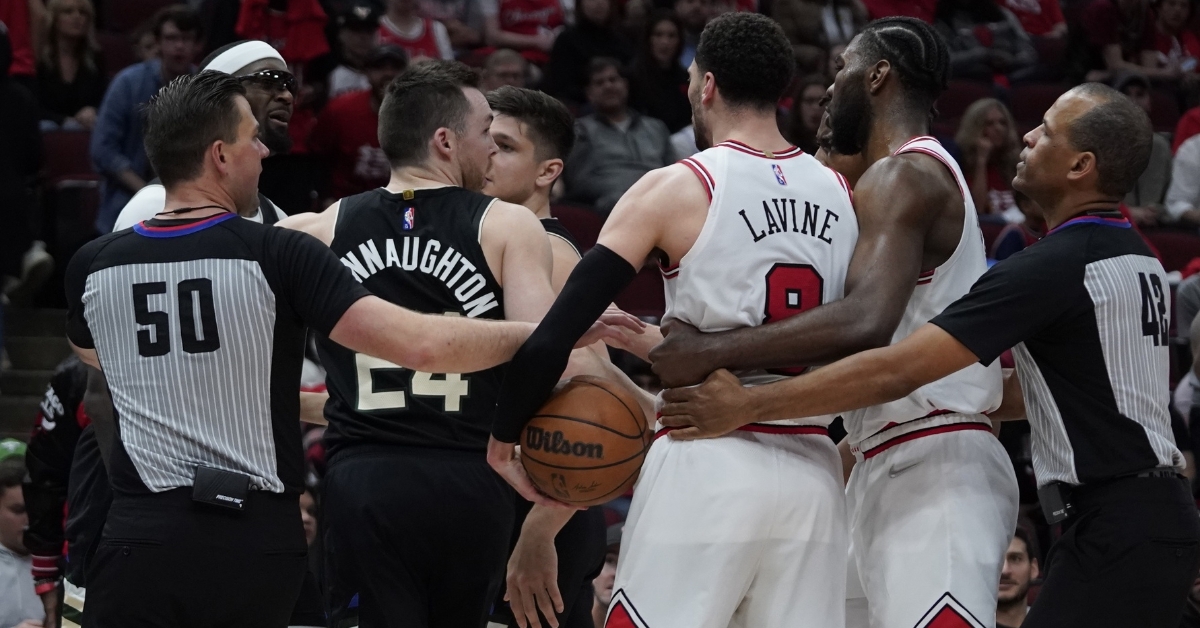 CHICAGO - Playoff experience is everything, and right now, the Bulls don't have it. When facing the defending NBA Champion Milwaukee Bucks, you need all the experience you can get to spring an upset.

After splitting the first two games in Milwaukee and missing an opportunity to take both games, the Bulls headed home on Friday with a chance to take the series lead. Instead, Milwaukee not only handed the Bulls their worst home playoff loss in team history, but now has put the Bulls on the brink of elimination as they knocked off the Bulls 119-95 in game four. Chicago trails the series 3-1 and will be facing a must-win situation on Friday in Milwaukee.

Coming off the blowout loss they suffered on Friday, and you had to expect the Bulls to come out with a different mindset on Sun. That is precisely what happened with the Bulls keeping things close, trailing by three after one-quarter of play. Add in what they did during the third quarter, and Chicago was within one possession of Milwaukee.

The problem was that the second and fourth quarters were not too kind for Chicago, with the Bucks outscoring them by 12 in the second and another eight in the fourth. That alone erased what was otherwise a reasonably competitive game as the Bulls continue to struggle with the Bucks.

To beat the Bucks, you have to stop the monster that is Giannis Antetokoumpo. The two-time MVP has dominated this series, but was coming off a relatively quiet game three. Giannis certainly made his presence felt in game four dropping a game-high 32 points to go with 17 rebounds. He also added seven assists for another near triple-double.

When Khris Middleton went down in game two, many people felt the Bulls had a shot at winning this series. That has created an opportunity for Grayson Allen to display what he is all about. The former Duke product has been a journeyman player much of his career, but has now found his niche with the Bucks. After leading the team in scoring with 22 points in game three, he added to his resume with 27 more on Sunday as he is making the Bucks forget about Middleton.

You could argue that the MVP of the Bucks so far this series has been Jrue Holiday mainly because of the defense he has played on DeMar DeRozan. Sunday, Holiday continued his strong defensive effort and came through with his best offensive showing of the postseason, finishing with 26 points while adding seven assists. Bobby Portis rounded out the strong performances from the Bucks as he finished with 14 points to go with 10 boards in the loss.

Despite what the scoreboard says, the Bulls had a trio of solid performances on the court. Outside of those three, there was next to nothing in overall support from this team. While looking like he was playing himself out of a long-term deal earlier this, Zach Lavine finally started to live up to his regular-season billing as he dropped a team and playoff-high 24 points.

With Ball out for the year, Chicago has needed help at the PG position, and Lavine contributed with 13 assists. Another guy who came up with a strong effort was Patrick Williams, as he got back to playing the way he did the final month of the season. After being held to a total of 22 points across the first three games, Williams erupted for 20 points while adding 10 rebounds to his name. That is the type of production the Bulls could have used from him the first three games, as now it might be too late for them to recover.

DeRozan has been leading the way for Chicago much of the season, but game three was not one of those cases. Credit Holiday for the job he did defensively on him in game three, as the Bulls offense often looks lost when he can't generate the space to get shots up.

Although he came through with 23 points in this one, his 8-20 shooting performance shows you the adjustments the Bucks have made on him as they are making him earn every bucket. That doesn't bode well for a team facing elimination in game five.

It only took four games, but for the first time, all series Nikola Vucevic was held in check. After dominating across the first three games, Vucevic went back to playing how they did in the regular season against the Bucks. He scored 11 points to go with 10 rebounds, but that was nowhere near enough for the Bulls to win.

Game five is set to tip-off on Wednesday as Chicago will face a win-or-go-home situation for the first time in five years.