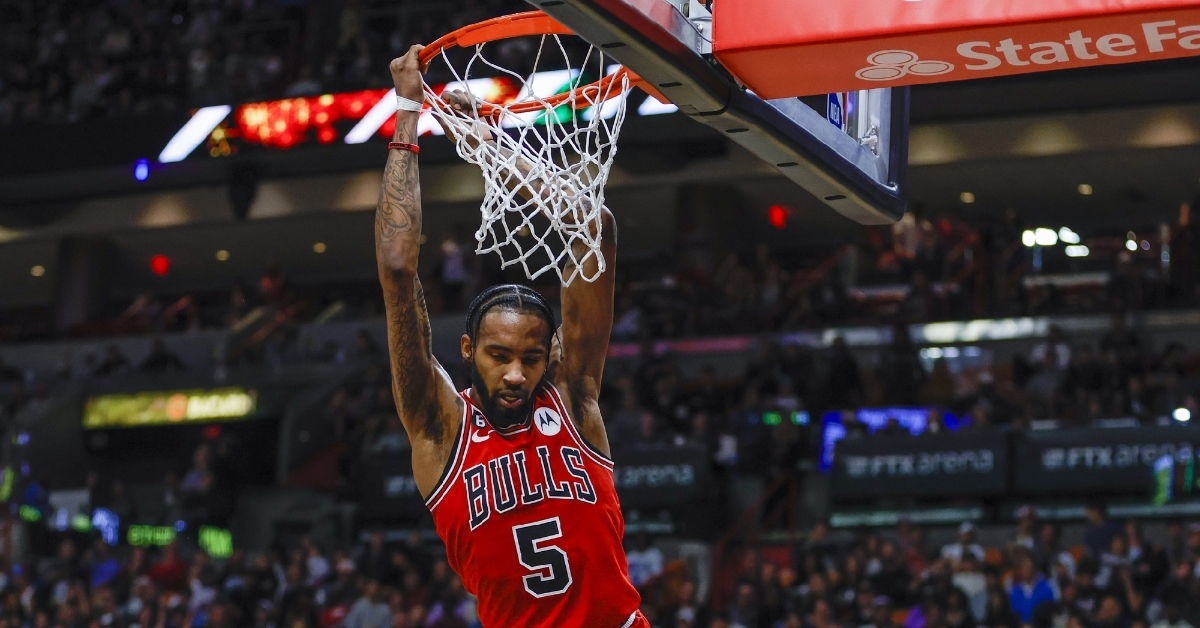 MIAMI - There haven't been too many teams that can say they have been able to handle the Chicago Bulls (12-18) with relative ease in recent years. The Milwaukee Bucks and Philadelphia Sixers are two of those teams, with the Miami Heat (16-16) checking in as that third team. Not only did the Heat win all of their meetings last season, but they did with an average margin of 18 points as they dominated Chicago.

Given what fans have seen from Chicago this season, and knowing the success the Heat have had, you didn't like their chances going into the game. However, with both Kyle Lowry and Jimmy Butler unavailable in this one, that was the crack the Bulls needed as they hoped the recent adversity would help this team.

Earlier in the day, there were reports that the Bulls are not happy with Zach Lavine and have had some closed-door meetings about that. Whether that be true or not, the Bulls responded to those reports as they played one of their better games this season in the 113-103 win. Given how things were trending the last two weeks, this was a much-needed win for Chicago and one they desperately needed.

One player who was happy to see Miami was Nikola Vucevic, who often saves his best games for the Heat. You saw that when he was with Orlando, and he was at it again as he led all scorers with 29 points and added 12 rebounds. Taking a rare back seat was DeMar DeRozan, who has backed Lavine and the duo those two form. DeRozan said all great duos come with learning, and those two are still learning how to play together.

With DeRozan picking up 24 points and Lavine adding 21, if those are the types of numbers the fans can expect from here on out, they will take it. Not only were those the big three for Chicago, but they were the only starters in double figures as the Bulls bench needed to come up huge. Fortunately, most of them got the message, especially Coby White, who came away with 14 points.

White single-handedly outscored the rest of the Bulls bench as they combined for 26 points. Eight more came from Goran Dragic, while Derrick Jones Jr (2), Andre Drummond (1), and Ayo Dosunmu (1) had the rest. Chicago also got seven points from Alex Caruso and six from Patrick Williams in a balanced attack.

With Butler and Lowry missing for Miami, two of their primary options were out of the lineup, meaning scoring would not come easy. The Heat still had Tyler Herro, who finished with 19 points, but it was the Bam Adebayo show for the Heat. He led the Heat with 27 points and added 12 rebounds and six assists to show off his complete arsenal on the floor.

Haywood Highsmith (18) and Victor Oladipo (14) gave the Heat four double-digit scorers, but when Max Struss fills in for Lowry and comes away with four points on a rough shooting night, those numbers go to waste. A big reason for the Miami Heat's success in recent seasons has been the production of their bench.

You could argue that the Heat has had the best bench in the league for years, and a big reason for that is having guys like Herro and Struss come off the bench more than they start. With both of them in the lineup, Duncan Robinson had to pick up the slack and put forth a great effort with 13 points. Like White, Robinson outscored the entire bench on his own as they had just seven more points from the second unit, which proved to be the difference in the loss.

Chicago will be back on the court tomorrow as they take on the Atlanta Hawks in game two of a back-to-back.

After taking down the second-seeded Rio Grande Valley Vipers on Monday, the Windy City Bulls were back on the floor Tuesday looking for a spot in the Winter Showcase Championship game. Standing in their way was a familiar opponent in the Cleveland Charge, as these teams have had several nice battles already.

Despite a massive first half that saw the Bulls leading 48-36, it was another rough second half that saw the Charge hold the lead and things in their favor. With 95 points being the cap in this one, the first one to reach 95 points would win, as Isiah Mobley had a chance to win it from the line.

He would go on to split the free throws giving the Bulls one last chance. With the score tied 94-94, Windy City put the ball in the hands of Carlik Jones, whose step-back jumper from the free throw line was the difference as the Bulls advanced to the Championship game on Thursday 96-94.

Jones finished with 15 points and five assists, joining Dalen Terry to lead all starters. However, the Bulls bench proved to be the difference again as Ethan Thompson overcame a rough shooting night to drop 22 points. Javon Freeman=Liberty added 12 as those two single-handedly outscored the bench of the Charge, and ultimately that was the difference in the win.

Next up for Windy City will be the Ontario Clippers, as they will face off for the Winter showcase title at 3:30 PM ET on Thursday.