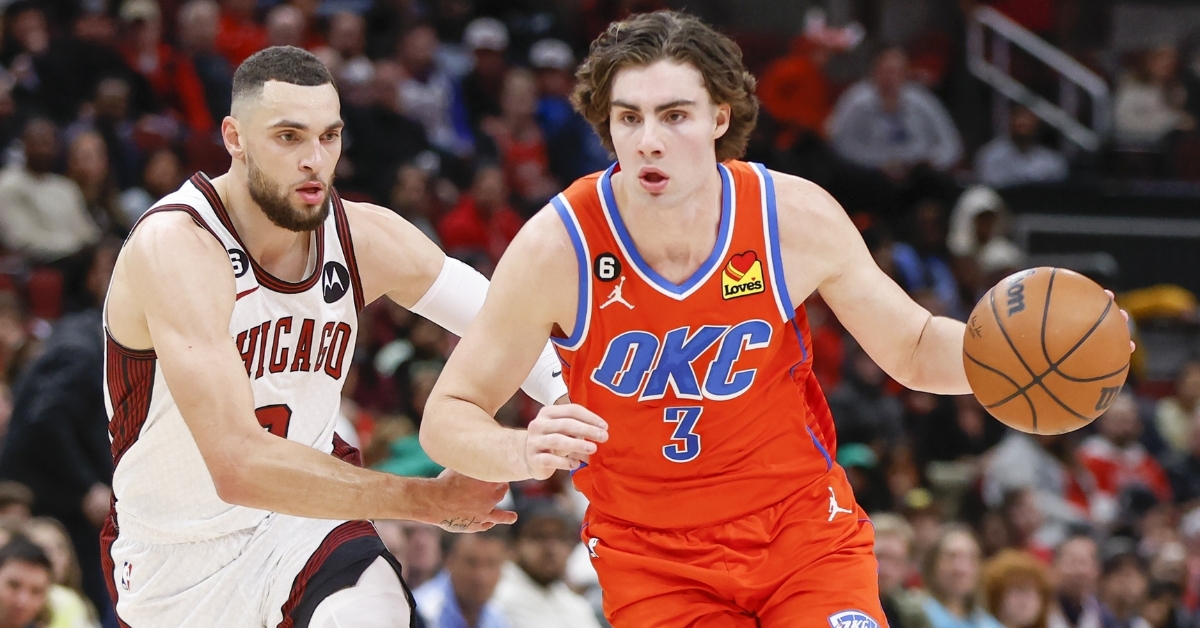 CHICAGO - It is not about how you start a game but about how you finish a game. When it comes to the Chicago Bulls (19-24), they couldn't finish off the Oklahoma City Thunder (20-23) at the United Center on Friday and have now lost three straight. It is no secret that the loss of Demar DeRozan is creating an issue right now, as he went down three games ago, and the Bulls have yet to win since.

Chicago managed to keep things close throughout the first quarter, but the second quarter continued to be an issue for this team, with OKC outscoring the Bulls 39-27 to build a 14-point halftime lead. In desperate need of some offense, the Bulls put together an impressive third quarter as they outscored the Thunder 32-19 to pull within one point entering the fourth.

Looking to finish things off and cap off another comeback, the Bulls offense struggled to get going in the fourth, while their defense started to show signs of fatigue. In the end, that is what did the Bulls in as the Thunder picked up the 124-110 road win.

With DeRozan out of the lineup, it has been up to Zach Lavine to shoulder the load offensively and lead this team. For the most part, he has answered the call, but if you are not winning games, the numbers don't matter. In hopes of sacrificing some of his scoring to pick up a win, Lavine led the Bulls with 25 points despite a horrible 5-19 night from the field. He did manage to go 14-15 from the line to save his line, but it was otherwise a tough night for him all around.

At least Nikola Vucevic continues to play at an all-star level as he does his best to pick up the slack while DeRozan is out. The Big man finished with 19 points and 11 rebounds as he is starting to become a walking double-double. Chicago also saw Patrick Williams come through with a great night with 18 points, while Alex Caruso added 11 to give the Bulls four double-digit scorers in the game.

However, the big story of the night came from the Bulls second unit, where Coby White went off. With the trade deadline nearing, White has heard his name mentioned in trade talks numerous times, and you have to wonder if his time with the Bulls is coming to an end. If that is the case, White will go down swinging as he picked up 19 points off the bench and connected on four of his nine triples. That was the bulk of the Bulls bench production as Goran Dragic (nine points) and Derrick Jones Jur (Seven points) had the rest of the scoring in another disappointing loss.

When it comes to the Thunder, their success stops and starts with Shai Gilgeous-Alexander, who continues to have a monster year. Give Chicago and their defense a little credit, as they made things tough for him throughout the game. Granted, he did shoot 50% from the field, but he had to earn those shots and finished with 21 points.

The problem is that OKC has plenty of young scoring options, with fellow guard Josh Giddey being another one. Giddey had a great night from the field, connecting on 11-18 shots, and finished with a team-high 25 points. That also tied Lavine for the most points by anyone in this contest, as he did more than enough to pick up some slack.

As if two 20-point scorers weren't tough enough, why not make it three as the Thunder had it going on against the lackluster Bulls defense. Jalen Williams couldn't miss from the floor in this one going 10-12 from the field and finishing with 22 points. Anytime you get nearly 70 points from three of your starters, you are tough to beat, and OKC made sure the Bulls would feel the wrath of that.

While those three may have gotten the most attention, the Thunder still had two other players coming up with huge games, including Darius Bazley, who led the bench with 14 points. Luguentz Dort rounded out the double-digit scorers with 11 points as the Thunder had too much offensively for Chicago. Giddey added 10 rebounds to his line for a double-double performance.