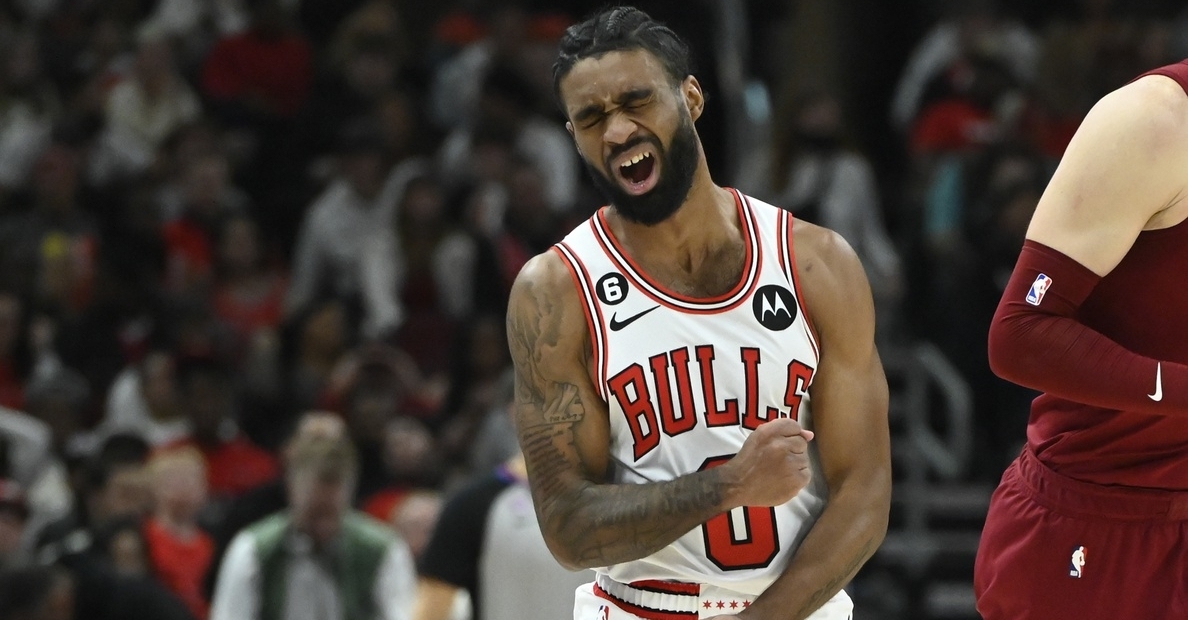 CHICAGO - It is incredible how much change can happen across the NBA in just one year. After being one of the darlings of the Eastern Conference last season, the Chicago Bulls (16-20) have struggled to get things going consistently this season and will be forced with some tough decisions at the Trade deadline.

On the other hand, the Cleveland Cavaliers (23-14) had a strong showing last season and then went out and made some great off-season moves to put themselves into the conversation of one of the best teams in the East. Looking to close out their four-game homestand on a winning note and finish 3-1, the Bulls were locked into a tightly contested matchup with Cleveland that saw the game come down to the final minutes.

In the end, it was the Cavaliers holding off the Bulls as they managed to escape with a 103-102 victory in what was a defensive battle, especially during the second half. You have to give the Cavaliers a ton of credit for how they defended the Bulls and their offense. With Zach Lavine, DeMar DeRozan, and Nikola Vucevic all stepping up their game the last two weeks, the Big three of Chicago has started to carry this team which has led to more wins than earlier this season.

If you want to beat the Bulls, you need to make others beat you, and the Cavaliers made sure that others would beat them. DeRozan still went out to lead the team in scoring with 21 points, but did so on a tough 7-17 shooting night as the Cavaliers made him work for all those points. The same can be said for Lavine (15 points) and Vucevic (11) points, as they combined to go just 11-29 shooting on a tough night for everyone.

With those three struggling to find their rhythm, it was up to others to give the Bulls a chance to win, and Ayo Dosunmu stepped up when it mattered. The second-year pro has gone through some growing pains this season, but has been much more consistent lately, which could bode well later this season. He came through with 19 points to give DeRozan a reliable second-scoring option, but that was about it in terms of the offense.

The Bulls also received 12 points from Javonte Green off the bench as he not only delivered his best outing in a long time, but gave the Bulls their fifth double-digit scoring performer to help keep things close throughout. Coby White and Patrick Williams each added nine points and had either one of them found a way to hit some early shots, you may be looking at the Bulls with another win instead of a loss.

When it comes to the Cavaliers, they made one of the most significant off-season moves by acquiring Donovan Mitchell from the Utah Jazz. The Spyda, as he is known in the NBA, has played at an MVP level all season, but was held to just 15 points, with the Bulls defense giving him fits. Anytime you hold him to a game like that, you have to consider yourself fortunate, and the Bulls had to like the position they were in because of it.

The problem was that Cleveland has plenty of offensive talent around Mitchell, and two players stepped up their game to finish with better than 20 points which proved to be the difference. Caris LeVert is an interesting story as he was traded from Cleveland to Indiana a few years ago and then was traded back to Cleveland. He led all scorers with 23 points and continues to play his best basketball of the season.

He was joined by the ageless wonder Kevin Love who knocked down five triples in the win and came away with 20 points. After several down years offensively, Love has bounced back nicely and is having his best season since the Cavaliers championship run several years ago. Unlike the Bulls, who had four starters in double figures, the Cavaliers had just those three, as Lamar Stevens (2) and Jarrett Allen (6) had rough showings on the night.

It is hard to fathom how the Bulls couldn't put the Cavaliers away. Having Cedi Osman (12 points) and Isaac Okoru (11 points) off the bench certainly helped the Cavaliers offense, as they did just enough to win this game. This was the second meeting between these two teams, with the Cavaliers taking both thus far. These same teams will meet again on Monday, with the Bulls heading to Cleveland this time.

Not only is winning contagious, but so is losing, which the Windy City Bulls are finding out right now. After a strong showing in the first half of the season that saw Windy City finish i

n second place during the Winter Showcase, the Bulls have gotten off to a rough start to open the second half and fell to 0-2. Their most recent loss came to the Motor City Cruise 122-108 on Saturday, and the Bulls have now lost a season-high three straight games counting their Championship game loss.

Carlik Jones has been the leader for the Bulls all season which is the main reason why the Bulls inked him to a two-way deal a few weeks ago. He was at it again with a team high-31 points on a ridiculous 12-15 shooting. Granted, he was the only 20-point scorer for Windy City, but they still received some great production from the suddenly hot Ethan Thompson, who added 17 points in the loss.

The Bulls also received double-digit performances from David Oturo (11 points), Javon Freeman-Liberty (11 points), and Nate King (10 points) off the bench to lead the way on offense, but it wasn't enough to top the 44 points from Cacok who led the way for the Cruise in the win.