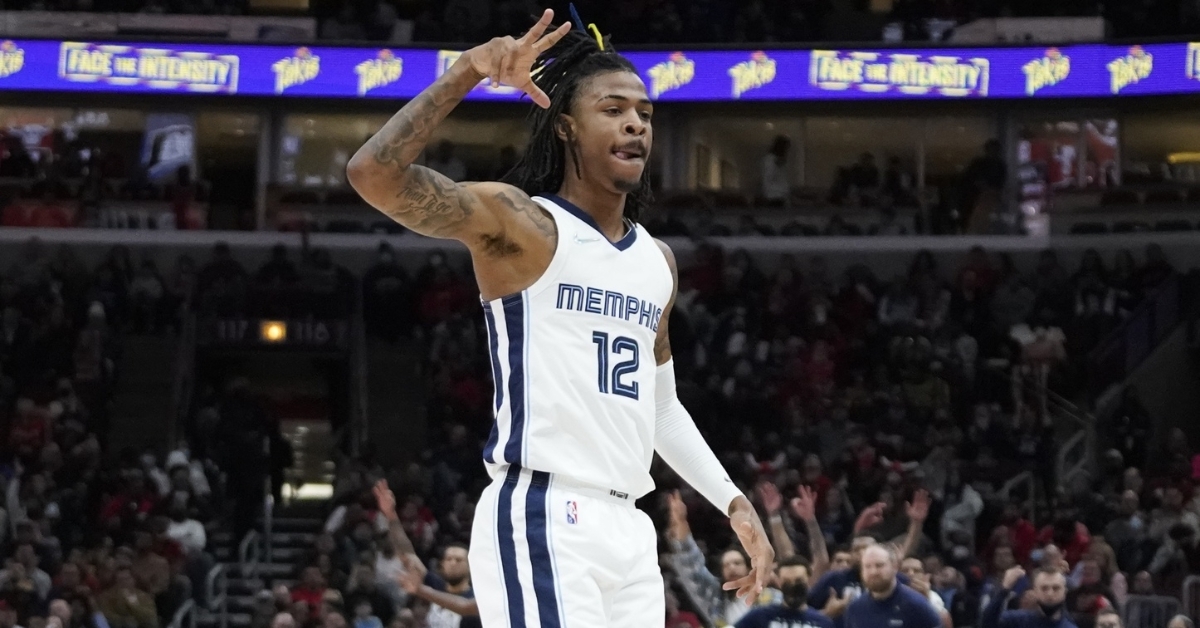 You have to give the Chicago Bulls (39-22) a ton of credit for the job they have done this season. Despite dealing with a mid-season COVID outbreak that saw 12 players and two coaches land on the COVID list, to playing without several key pieces, this team continues to win. They currently sit in the No.2 seed in the East, and there is no reason to believe this team won't be in the running for the top seed when all is said and done.

A big reason for their outstanding season so far has been this team's ability to beat up on the league's bottom feeders. Chicago is beating who they should beat, which is going a long way for this team. However, the next step for this team is to beat the best teams in the league, which this team has struggled to do consistently this season.

One of those top teams in the Memphis Grizzlies (42-20) who continues to hold down the No. 3 spot in the West. In their first meeting earlier this month, the Grizzlies absolutely embarrassed the Bulls on the National Stage and showed everyone how good of a team they could be. Hoping to avoid the season sweep, Chicago was put in a tough spot again as the Grizzlies built a near 20-point lead in the second half to seize complete control of the game.

However, the Bulls were not going to go away quietly as they managed to rally and pulled within one point late in the fourth quarter. Unfortunately for them, that would be as close as they would get as Ja Morant and his career-high 46 points were too much to overcome with the Grizzlies holding off the Bulls rally 116-110 and sweeping the season series.

For the first time in about a month, DeMar DeRozan suffered a horrendous shooting night from the floor. Despite dropping 31 points for another 30-point effort, DeRozan was just 10-29 from the field, ending his streak of nine straight games of 30 points on 50% shooting which was an NBA record. To make matters worse, DeRozan was tossed from the game with five seconds left after receiving his second technical, but things were already decided before that happened.

Still looking to get into a more consistent groove since he started dealing with some knee pain, Zach Lavine showed up in a big way and gave the Bulls a solid effort from the floor. His 28 points complimented DeRozan and his struggles from the field as Lavine was perfect from both distance and the charity stripe. Although the Bulls had five players in double figures, only two of them reached the 20 point mark, with Coby White coming in third on the team.

The sixth man of the year nominee, White has been a massive piece to the Bulls success, especially filling in for injured players when needed. His 15 points were right on his season average as he continues to give the Bulls a huge lift off the bench while Chicago waits for their pieces to come back. Javonte Green (12) and Nikola Vucevic (11) didn't have great games, but they still added double figures in the loss, with Vucevic picking up another double-double to extend his team-high in that category.

Whether he is on your team or not, you have to admire Morant and how he plays. The No.2 pick in the draft a few years ago, Morant is not only proving he may be the best player from that class but is showing why he should be in the MVP conversations. He possesses some of the most athleticism in the league, but he is starting to offer an improved jump shot, which makes him tougher to defend. That was on full display last night as he dropped a career-high 46 points to carry the Grizzlies.

Although he was the only player on his team to collect 20 points, Memphis didn't need anyone else as he single-handedly carried the Grizzlies to a victory. That doesn't mean Memphis didn't get contributions from others to help them secure the win. Steven Adams may not be the most gifted center, but he does all the little things you need to win games.

He finished second on the team with 12 points, but he gave the Grizzlies 21 rebounds for a massive double-double showing. After having a fantastic first game against Chicago, Desmond Bane was more of a focal point for the Bulls defense as he was held in check for just 12 points in the win. Tyus Jones chipped in with 11 points off the bench, while Jaren Jackson Jr was held to just eight points in one of his worst games of the season.