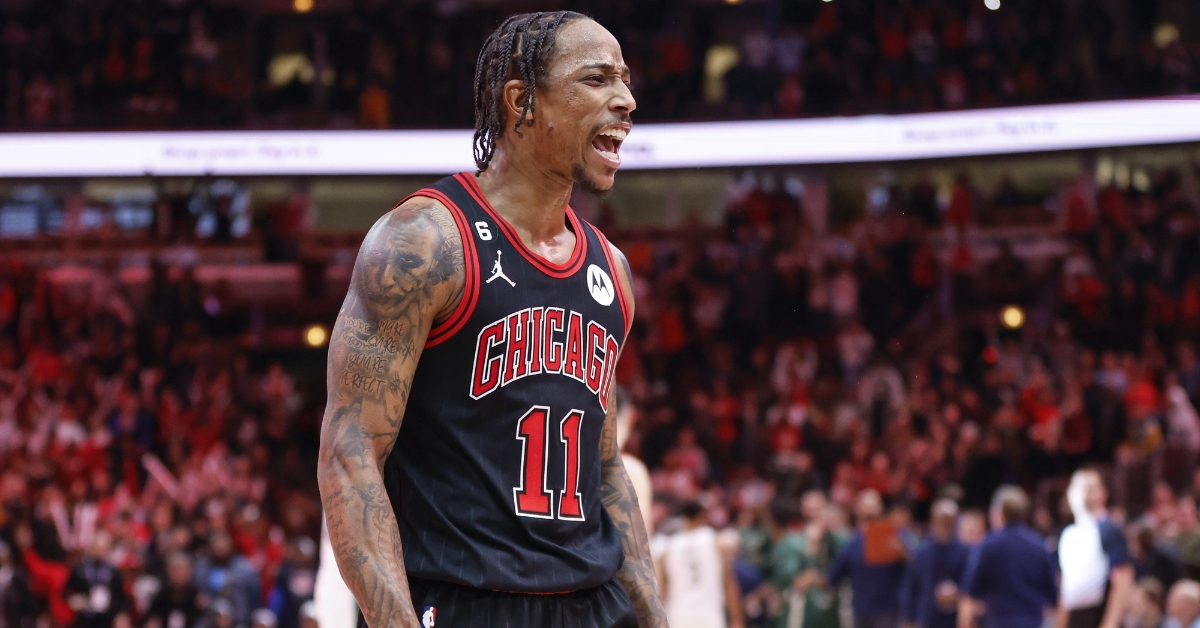 CHICAGO - It was more of the same for the Chicago Bulls (15-19) on Wednesday, or it at least looked to be that way. Coming off what was arguably their worst showing of the season at home, Chicago welcomed in their kryptonite in the Milwaukee Bucks (22-12). This team has had the Bulls number over the last five years, but Chicago won the first meeting earlier this season after losing 20 of the previous 22.

Unlike most of their games this season, where the second and third quarters have been an issue, the Bulls kept right with the Bucks as they only trailed by three after three. It was the fourth quarter when things began to unravel as the Bucks opened up a convincing nine-point lead late.

That was when the Bulls decided to dig deep and used a 12-3 run to close out regulation, highlighted by a DeMar DeRozan steal on Giannis, which he assisted to Ayo Dosunmu for the dunk to send the game into overtime. In that extra frame, DeRozan again showed the ice in his veins as he silenced the Bucks with several clutch free throws down the stretch to give the Bulls the 119-113 win. This is one of those season-changing wins that a team can have, as this was by far the best win of the year for the Bulls.

For all the talk about the Bulls maybe blowing things up and certain players potentially wanting out, DeRozan is on another level right now as he continues to prove he should be the one to build around. Not only has he become the leader of this team, but he has been their best all-around player and finished with a team-high 42 points to go with 10 boards. He continues to be the main reason the Bulls are competitive and is starting to prove he is getting better with age.

DeMar DeRozan put on an absolute clinic against Milwaukee.

While 42 points is impressive, Chicago needed much more than that to beat the Bucks, which is where Zach Lavine comes in. Starting to look like the player the Bulls were hoping for; Lavine added 24 points and continues to improve each game. Rounding out the big three, per usual, was Nikola Vucevic, who very quietly had a good outing on the floor.

From a scoring side, Vucevic was held in check with 15 points, but he went toe-toe with Brook Lopez, Bobby Portis, and Giannis in the paint to come away with 14 rebounds. Add that to the 13 rebounds that Andre Drummond had off the bench, and the Bulls finally started to establish themselves on the inside.

With Patrick Williams and Ayo Dosunmu combining for just 14 points, the Bulls needed their bench to step up, which is where Goran Dragic came through. The savy veteran led the way with 12 points while Drummond (7) and Javonte Green (5) added the rest. Chicago did suffer a massive blow as Coby White was lost in the first half with a leg injury and failed to return.

As has been the case for the better part of his career, the Bucks will only go as far as Giannis takes them, and the Greek Freak led the way. He upped the DeRozan game by dropping a game-high 45 points and adding a career-high 22 rebounds. He also picked up seven assists for a near triple-double as he continues to amaze every time he touches the floor.

Despite the success this team has had the last several seasons, finding consistent scoring to go with Giannis has been an issue, and that was the case again on Wednesday. Apart from Portis and his 20 points off the bench, no one else on the team had more than 14 points, as those two accounted for better than 50% of the team's total. Portis also added 11 rebounds of his own and continues to show the Bulls made a mistake by letting him go years ago.

They always say one player doesn't make a team, but since Khris Middleton was hurt in the playoffs last season, the Bucks offense hasn't been as good. Not having him or Jrue Holiday in this game didn't help as Lopez (14), and Grayson Allen (13) rounded out the double-digit scorers for the Bulls as they capitalized on the short-handed Bucks to pick up a huge win and inch back toward the Play-in line.

Speaking of Allen, he was up to his no-good tricks in this one, as he and DeRozan got into a tussle during the second half. Considering what he did to Alex Caruso last season and his reputation, you can see why DeRozan was heated, but nothing more than an exchange of words came from it. Chicago will continue their homestand with Detroit on Friday.