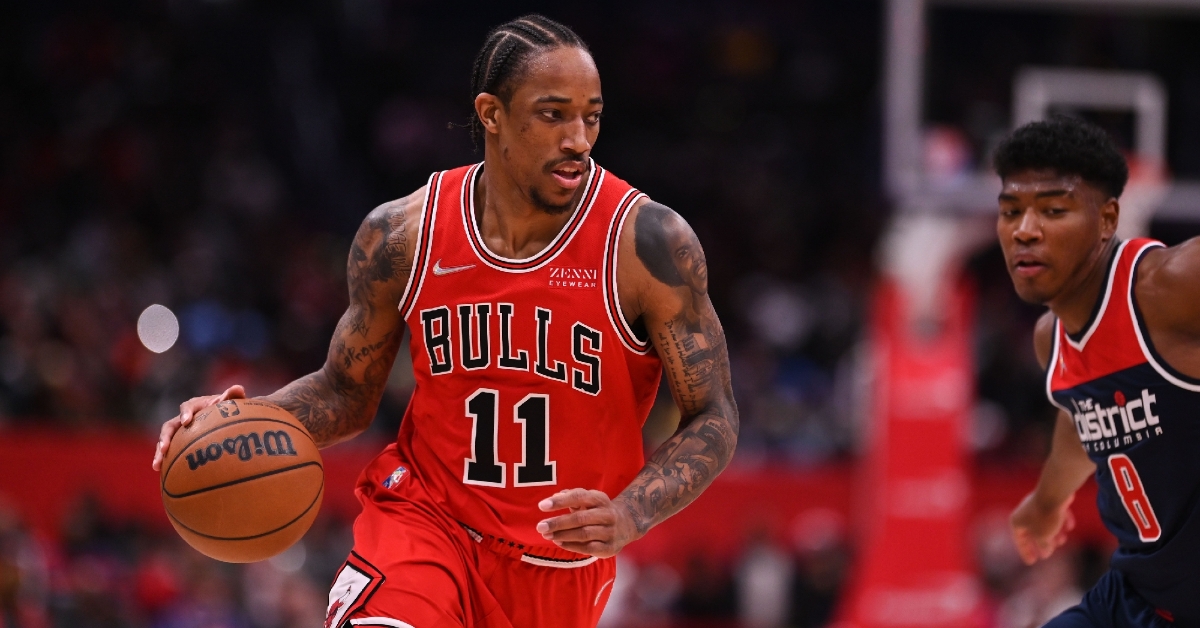 WASHINGTON D.C.: The last time the Chicago Bulls (44-32) were in Washington, they saw DeMar DeRozan make NBA history. In that game, the Bulls erased a double-digit halftime deficit, with DeRozan becoming the first player in NBA history to win back-to-back games on three-pointers.

At that point in the season, the Washington Wizards (32-43) were sitting in the middle of the playoff hunt while the Bulls held down the top spot. A lot has changed since then, as the Wizards have fallen to No.12 in the East and are on the outside looking in, while the Bulls have fallen to No. 5. Sure, the Bulls are still in the playoff picture, but they trail the top four seeds by at least four games, so right now, it looks as if it is No. 5 seed at best.

Looking to bounce back from a letdown loss against the Knicks on Monday, the Bulls rode the hot hand of Nikola Vucevic early as the big man dropped 15 points in the first quarter and 20 points in the first half. That alone helped the Bulls grab a six-point lead as they looked to impose their will.

One of the biggest concerns the Bulls have had in recent weeks is seeing big leads evaporate in the blink of an eye. Washington tried to do that again as they pulled within two points heading into the fourth. Fortunately for the Bulls and their fans, Chicago was having none of it as they used a massive fourth quarter to pull away and picked up the 107-94 victory.

Speaking of Vucevic, the big man had an impressive night as he finished 27 points to go with five boards. Had it not been for a scoreless fourth quarter, Vucevic would have had a bigger game as he had the hot hand early.

Although Vucevic had the hot hand early, DeRozan had the hot hand late as the closer came back to life. Despite being masked in a bit of struggle for the last three weeks, DeRozan continued to be among the league leaders in fourth-quarter points and was at it again to lead all scorers with 32 points.

Those two proved crucial for the Bulls and their success as Zach Lavine had a rare off night. Not only did he finish with just 14 points, but he was held to seven points through three quarters before coming to life late. Those three provided all the double-digit scoring action for the Bulls as they continue to struggle in terms of overall balance.

For the second straight game, the Bulls bench was a huge offensive liability, but it was much better this time around than Monday. Javonte Green and Coby White dropped nine points to lead their second unit scorers, with Patrick Williams adding six and Tristan Thompson four. That made up for Ayo Dosunmu (4) and Alex Caruso (2), combining for just six points in the starting lineups as the Bulls did what they needed to win.

Washington received a strong performance from several players as four starters, and five players total landed in double figures. Leading the way was Rui Hachimura, who finished with a team-high 21 points, with most of that coming in the second half. Kentavious Caldwell-Pope tried to match Hachimura point for point as he put together two strong halves to finish with 20 points.

After dropping a team-high 10 first-half points, Kristaps Porzingis fell off in the second half as the Bulls defense shut him down and held him to just four points to finish with 14. Joining him with 14 points was Deni Avdija, who had a phenomenal night off the bench to give the Wizards a nice second unit spark.

Despite Corey Kispert adding 10 points to be the fifth and final double-digit scorer for the Wizards, it wasn't enough as Washington didn't have the standout performances the Bulls had. That alone proved to be the difference as the Bulls return home for a crucial five-game homestand.

With six games left in the regular season, the Bulls have a golden opportunity to gain momentum heading into the postseason. Sure, they haven't played well in about five weeks, but they still have an excellent home record and have the next five games at home. Should they go 4-1 or even 5-0, you are looking at a team that could have the momentum they need heading into the playoffs.