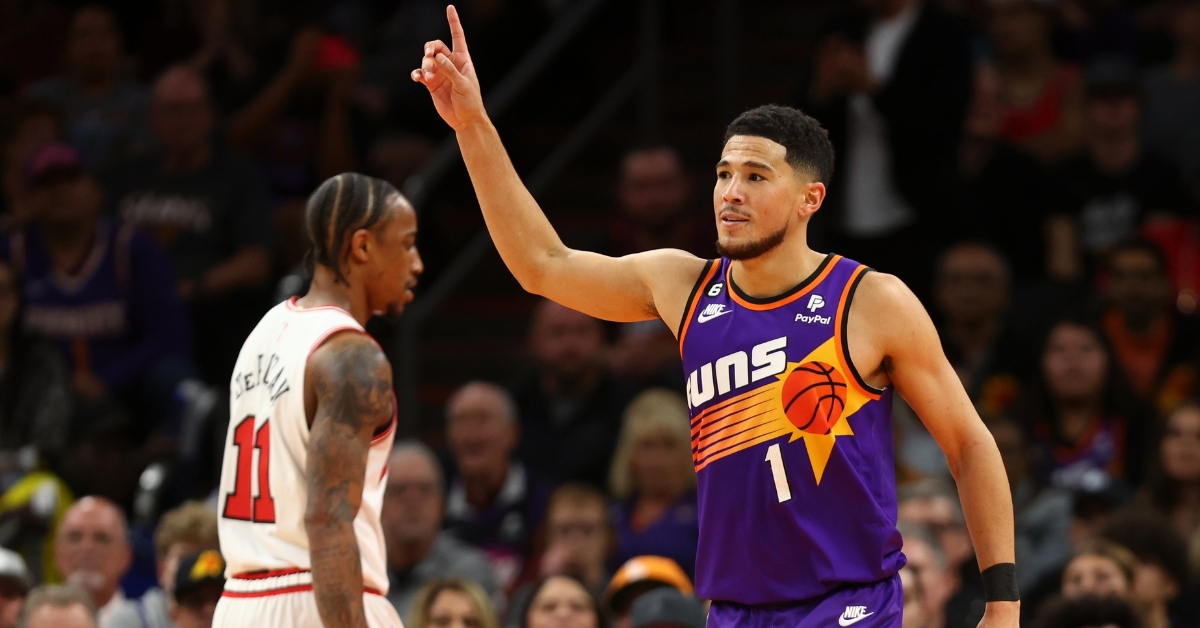 PHOENIX - Very quietly, the Chicago Bulls (9-12) have started to play better basketball, even if their record doesn't show it. Not only have they knocked off the Boston Celtics twice, but they also took down the Milwaukee Bucks and the Utah Jazz, who are two more quality opponents.

Looking to continue their recent success on this lengthy road trip, the Bulls had another tall task as they took on the Western conference-leading Phoenix Suns (15-6). To make matters worse, the Suns post the best record in the NBA at home as they entered the contest spotting an 11-1 mark on their home floor.

Needless to say, they have been very good at home, and that success continued on Wednesday as the Suns built a 21-point halftime lead and cruised to the 132-113 victory. Give Devin Booker credit, as he couldn't miss from the floor. Not only was he 6-7 from distance, but 20-25 from the field as he dropped a game-high 51 points. It doesn't matter how much talent you have. When your opponent has a player shooting the ball that well, it is just not your night on the floor.

Although the score indicates a significant blowout, the Bulls had several strong showings from their players, but that was overshadowed by the performance Booker put forth. DeMar DeRozan continues to go about his business as he connected on 11 of his 17 shots while leading the way for Chicago with 29 points. He was joined by Zach Lavine and his 21 points as he continues to struggle shooting the ball, but is finding a way to get his points from the line.

Those two have been the leaders of this team over the last few years, and that continues to be the case this season, but other players have started to step up, which is an excellent sign for the Bulls and their offense. Nikola Vucevic has been one of those players this season, and that continued to be the case with 17 points and eight rebounds. Throw in the 11 points from Ayo Dosunmu, and the Bulls had four starters land in double figures, which is all you can ask for.

Speaking of players who have stepped up for the Bulls, Alex Caruso has started to play his best basketball since joining the Bulls last season and put that on display again with 14 points off the bench. Not only did he lead the bench and was the only player with more than five points on the second unit, but with Patrick Williams finishing with just two points, Caruso gave the Bulls another scoring option, although it didn't matter in the end.

While most of the attention went to Booker, and rightfully so, you can't discredit the game that DeAndre Ayton put together. Not only did he finish with 30 points, but added 14 rebounds for a strong double-double. Those two combined for 81 points which helped overshadow the combined 23 points from the rest of the Suns starters.

Not only is the 132 points impressive, but that is coming without Chris Paul in the lineup, which shows how good this Suns team is. What helps them is an excellent bench that dropped 28 points in the win, but most of those points came from a pair of players.

Landry Shamet and Damion Lee stole the show for the Suns and their bench as they combined for 24 points, with each of them scoring 12. A big reason for their success was their combined 6-10 line from distance, where Shamet connected on four triples. Jock Landale was the only other player to score on the Suns bench, as he finished with four points in the win.

While the loss is not what the Bulls were hoping for, you can't help but notice how much more consistent this team has played over the last two weeks. That is the main reason why Billy Donovan was extended this past offseason, as that was kept quiet until recently. Things won't get any easier for this team as they close out this lengthy road trip against Golden State and Sacramento.