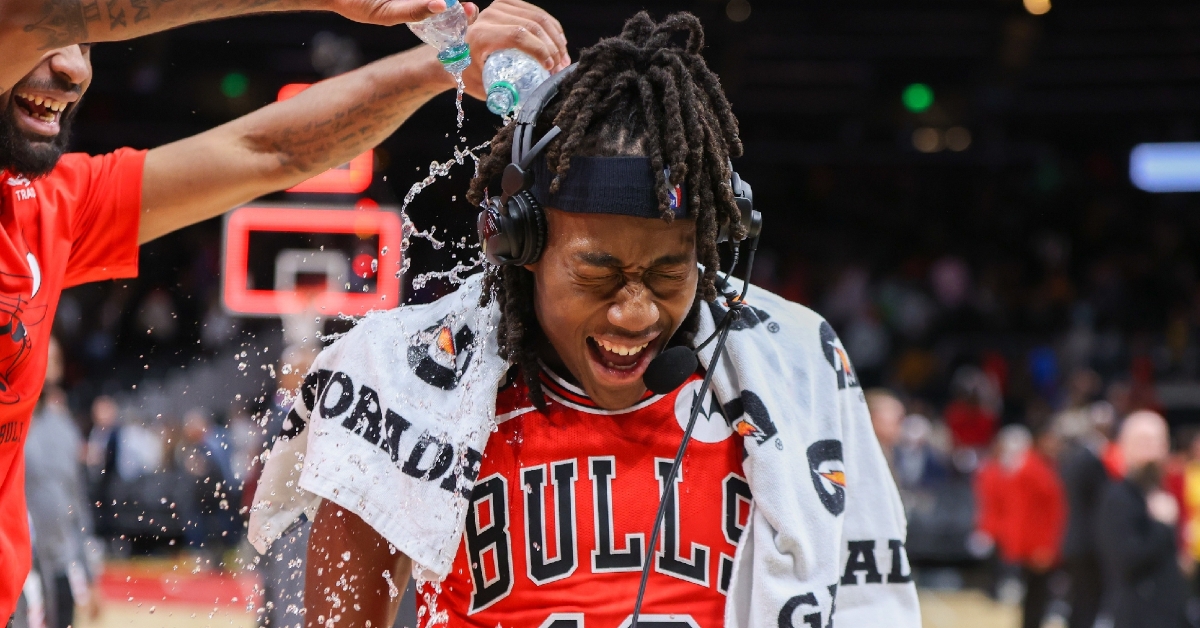 ATLANTA - It wasn't easy, and it wasn't always pretty, but the Chicago Bulls (13-18) secured another big win on Wednesday night as they aim to get back on track this season. On the second night of a back-to-back after earning a rare win against the Miami Heat, the Atlanta Hawks (16-16) were next on the list.

Much like the Bulls this season, the Hawks have gone through their share of drama as start point guard Trae Young got into it with Nate McMillan earlier in the season to the point where he was asked not to attend a game. The Bulls in house drama has been boiling over for a while now, and it took a 150-point effort from the Minnesota Timberwolves for that drama to come full circle.

Despite leading most of the night, it was the fourth quarter when the Hawks took the lead as they were looking to pull away late. Give the Bulls credit. They dug deep when they needed to and had the game tied at 108 in the closing seconds. With a chance to end the game in regulation, DeMar DeRozan saw his shot attempt land off the mark, but it was the Chicago native having his moment as Ayo Dosunmu put home the miss at the buzzer to give the Bulls a 110-108 win.

Dosunmu has not been scoring much this season and had only nine points in the win, but he will take that effort to have moments like that. Before that tip-in, the Bulls had the ball in the hands of who they wanted, as DeRozan had another great effort. Not as clutch as he was last season, DeRozan is still shooting better than 50% this year and led the way for Chicago with 28 points.

If the Bulls truly want to bust out of their slump and get back to winning basketball, they need their big three to step up and carry the load. You saw what that could look like against the Miami Heat, and it happened again on Wednesday with Zach Lavine (22 points) and Nikola Vucevic (20 points) putting forth great efforts on the floor. If the Bulls can put up near 70 points from their big three the rest of the season, you have to like their chances to win a lot more ball games.

Although he hasn't progressed at the level the Bulls would like, Patrick Williams has been playing his best basketball of the season lately and put together an 11-point eight-rebound effort to give the Bulls four starters in double figures. Coby White made it five players as he led the bench with 10 points in what was another balanced attack.

It took long enough, but Andre Drummond finally saw some extended minutes and did exactly what everyone expected him to do. Sure, he could have scored more than five points, but he picked up 12 rebounds as the Bulls need to use him way more than they have.

As usual, the Hawks offense went as far as Young could take them, and his mastery against the Bulls continued. Chicago is the one team that Young historically shows up against, and aided by his seven triples, he led all scorers with 34 points. He was not alone as the Hawks matched the Bulls with four starters in double figures while landing six total players in double digits.

Onyeka Okongwu chipped in with 18 points to back Young while also adding 11 rebounds. What is more impressive about that is that he did that in 40 minutes and continues to improve. Dejounte Murray also gave the Hawks 40 minutes of action, but the Bulls did an excellent job holding him in check as he was held to just 15 points in the loss.

Deandre Hunter added 10 points from the starting lineup, but a pair of bench players helped spark the comeback attempt and kept things close. In their last meeting, the Bulls let one get away as AJ Griffin tipped in a game-winner at the buzzer. Fortunately, it was the Bulls turn to return the favor this time, but Griffin still put up 14 points off the bench.

Atlanta also had Bogdan Bogdanovic scorching the net last time out against Chicago, as he was the reason why the Hawks won. This time, the Bulls made sure not to let him beat them, as they put the clamps on defensively and held him to just 13 points to pick up another big win.

The Bulls continue on their road trip Friday night when they head to Madison Square Garden to face the Knicks. This will be the third time these teams have met in the last two weeks, with the Knicks getting both wins at the United Center last week.