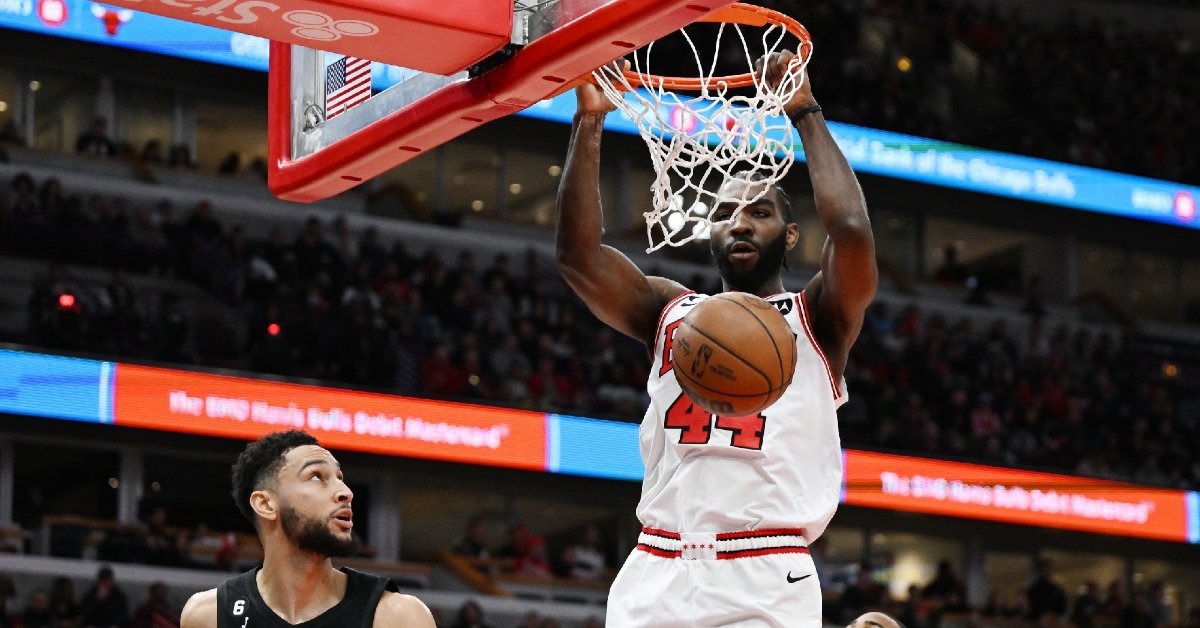 CHICAGO - We're Going Streaking! At least that is what the Brooklyn Nets (25-13) have been doing as they came into the United Center on Wednesday riding a 12-game winning streak. In the process, the Nets have moved within .5 games of the No. 1 spot in the East, as this is the team they have been expecting for two years.

That didn't matter to the Chicago Bulls (17-21) as they have been one of the few teams that have been able to match up against the Nets the last two seasons. Unlike last year when the Bulls beat up on the bad teams and struggled against the elite, it is the opposite this season, as they have struggled against the bad teams and performed well against the good ones. That was the case again on Wednesday as the Bulls used a balanced scoring attack to withstand a 44-point night from Kevin Durant to end the Nets' winning streak 121-112.

Patrick Williams deserves a ton of credit for the Bulls performance tonight, as he came up huge. Now in his third year, the Bulls and the fans, for that matter, have been waiting for Williams to play like his No. 4 overall billing. That hasn't happened, but he is starting to play more aggressively and has become more consistent to at least prove he can play. Williams led the way for Chicago with 22 points joining Demar Derozan, who also had 22 points.

Both had seven rebounds, with Derozan adding one more assist, as those two nearly had identical lines. Everyone knows about Derozan, Nikola Vucevic, and Zach Lavine, which are the Bulls big three. Still, if Williams continues to play this way, Chicago suddenly becomes one of the best offensive teams in the league.

Speaking of Lavine, he had a quiet night from the field as the Nets held him to 13 points on 4-11 shooting for the worst output among the Bulls starters. Thankfully, Williams stepped up, but so did Vucevic, who dropped 21 points to go with 13 rebounds. Ayo Dosunmu has also been on an excellent role lately and added 17 points to offset the struggles by Lavine. The Bulls also saw Coby White pick up 10 points off the bench to give the Bulls six double-figure scorers, which was enough to pick up the win.

Granted, it was not a 71-point performance like the other night, but Durant was still impressive with his game-high 44 points. His ability to score anywhere on the floor at any time has made him a matchup nightmare for years, and he is quietly putting up his best season in several years. While Durant may have been the engine, Kyrie Irving continues to play the perfect Robin role as he picked up 25 points.

Irving added eight assists to his line as his head space appears much different this season than last year. While the Bulls had all five of their starters land in double-figures, the Nets only had three, with those two as the only ones with more than 15 points. Fortunately, they had Seth Curry on the bench as he gave them the spark they needed to keep things close.

Had it not been for Curry, this could have been a runaway victory for the Bulls as he connected on six of his seven triples to finish the game with 22 points. You also had Ben Simmons finish with seven points and nine rebounds. Considering how the Bulls are one of the worst pick-and-roll teams in the league, you have to like how they played tonight as they keep themselves in the playoff hunt.

While Chicago has struggled to win games consistently this season, the same can't be said about Windy City, as they put together an excellent first half of the year. Things are different this season in the G-League as the first half of that schedule means nothing, and the regular season has officially kicked off.

After dropping their first two games of the second part of their schedule, the Bulls got back on track Wednesday as they took down the Mad Ants 128-116. Like their parent club, the Bulls had a phenomenal scoring duo that ignited the offense as Ethan Thompson, and Carlik Jones came to play.

Jones may be the teams leading scorer, but on this night, it was all about Thompson, who finished with 34 points, seven rebounds, and nine assists. He led all scorers by a wide margin and recently elevated his game. Jones continued to do his thing with 26 points, but Marko Simonivic gave the Bulls that much-needed third option.

Simonovic finished with 23 points while adding seven rebounds to his line. He has been outstanding this season, and at some point, the Bulls have to play him on their NBA roster to see what they have in him.