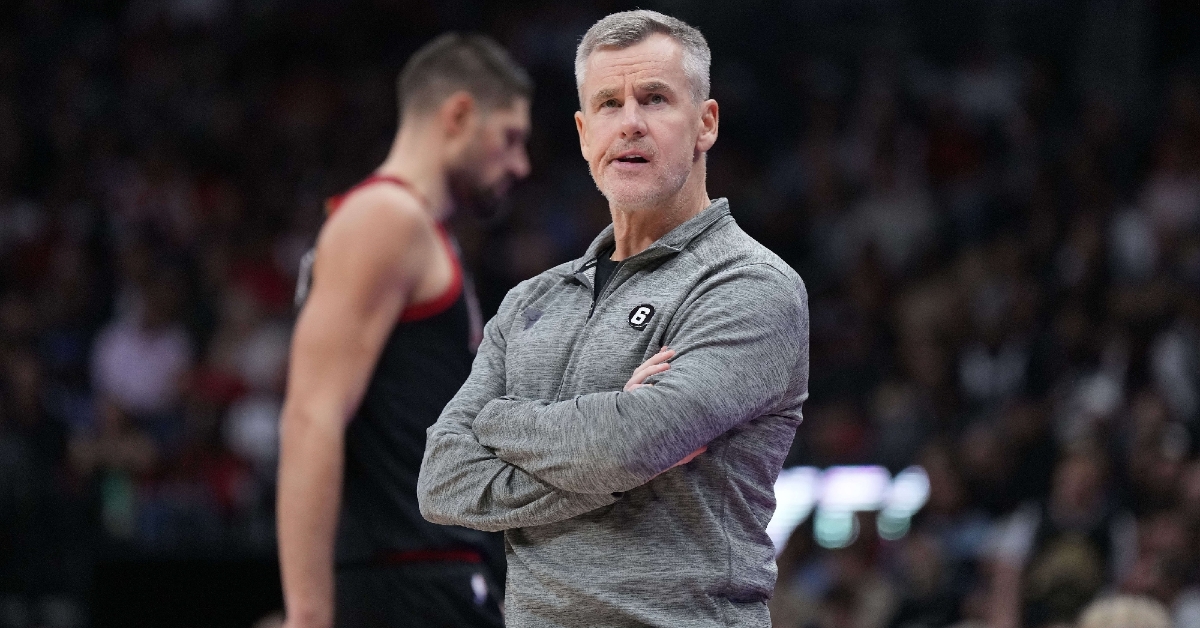 TORONTO - I know it is still very early in the NBA season, but at some point, it is time for Chicago Bulls (5-6) fans to realize that this team may not be as good as everyone hoped. Having injuries to Coby White, Andre Drummond, and Lonzo Ball certainly doesn't help, but also having Zach Lavine still missing time to load management on his knee has caused plenty of early-season struggles.

Then you look at the defense this team has been playing, and a lot of the second-half issues that plagued them last season are again hurting them this year, which is a cause for concern. In game one of a back-to-back against the Toronto Raptors (6-4), the Bulls kept things close through three quarters before the Raptors pulled away in the fourth for the 113-104 win.

I am not saying having Lavine in the lineup would have made a difference, but his scoring would have given Chicago a much better shot as Alex Caruso finished with only four points as his replacement. Mix that with DeMar DeRozan being held to just 20 points despite a great shooting night from the field, and the Chicago offense needed to figure out more ways to score, which didn't come easy for them.

Even at that, you had several players put together strong showings on the floor as they tried to pick up the slack from the guys missing. Nikola Vucevic was one of them as the Bulls big man put up another strong double-double effort. Vucevic finished with 18 points while adding 12 rebounds and six assists as his strong play to begin the season continues.

Joining him with a strong performance was Goran Dragic, who continues to play well off the bench. After going 4-6 from deep to finish with 16 points, Dragic remains one of the league leaders in three-point percentage, and if he keeps playing the way he is, it wouldn't be shocking to see him earn some starts when Lavine gets the night off. Chicago needs more shooting, and he brought that with him this season.

While Dragic has continued to shine in his role this season, Ayo Dosnumu is doing a phenomenal job filling in for Ball, and that will only make this team better when he returns. Along with his great defense, Dosunmu picked up 15 points as his offensive game is starting to come around at the perfect time. Chicago also received 13 points and seven boards from Patrick Williams and 10 points from Javonte Green off the bench. Dalen Terry also cracked the scoring column as he picked up four points off the bench.

The Raptors continue to be one of the biggest surprises in the league this season, and that dates back to their strong second half last season. Credit Nick Nurse and his staff for that, as they have been able to not only remake this roster on the fly, but have kept them in playoff contention throughout. Although most of their old stars are gone, Fred VanVleet remains and continues to be one of the more overlooked players in the game.

Not only did he connect for five triples, but he finished with a game-high 30 points and did a great job setting the tone for the Raptors offense. OG Anunoby added another solid showing for the Raptors starting lineup: he added 22 points and six rebounds, with Scottie Barnes coming away with 19. Anytime you have 113 points as a team, you are doing something right, but they did that without Pascal Siakam, which is an impressive feat in itself.

Those three may have done the heavy lifting for Toronto, but all five starters landed in double figures, which makes a team very difficult to stop. Sharp shooting Gary Trent Jr overcame one of his worst shooting nights of the season, but still managed to finish with 12 points in the win. Christian Koloko chipped in with 11 points as they rounded out the starting five.

Regarding the bench, the Raptors didn't get a ton of production as they were outscored 34-25, but given the output from their starters, they didn't need it. Chris Boucher had the best night off the bench, finishing with eight points while adding six rebounds. Precious Achiuwa added five, with former Bulls Otto Porter Jr and Thaddeus Young picking up four off the bench.

Chicago will be back on the floor Monday against this same Raptors team as they will switch venues to the United Center. Tip-off is set for 7 PM as the Bulls will look to get back to .500.