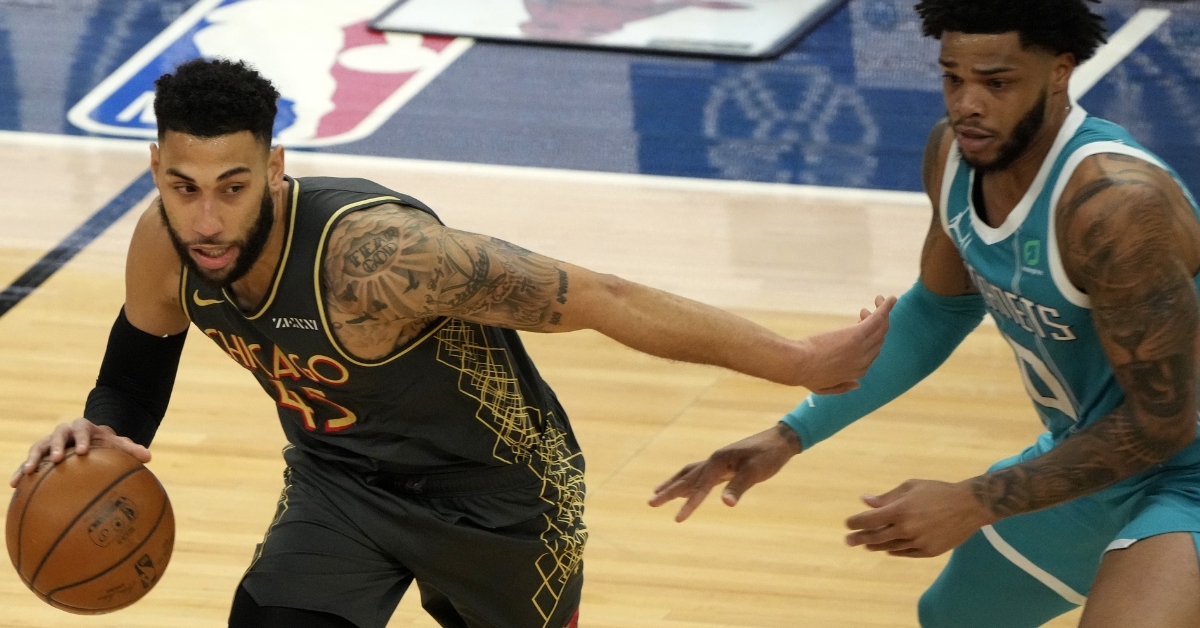 Just one day after getting embarrassed by the Cavaliers, the Bulls had a chance to erase that from their memory and pick up a win on their home floor against a playoff-caliber team. The Charlotte Hornets came to town, and despite being a little bit shorthanded, the Bulls knew they needed to make a statement.

I would say message delivered as the Bulls jumped on the Hornets early and often and didn't look back. Coming off the first game all season in which he was held to single digits, Nikola Vucevic was a man on a mission, dropping a game-high 18 points to go with 16 boards. That gives him nine double-doubles since coming to Chicago, which is the most on the team.

Both Coby White and Thaddeus Young also added a game-high 18 points, with Young collecting his off the bench and mostly in the second half. All in all, the Bulls played exceptionally well and held off a little Charlotte run in the second quarter to kill the momentum by halftime.

All that put together gave the Bulls a 108-91 win as they move into 11th place in the Eastern conference at 25-34, just a half-game behind Washington.

This is the lineup that works best

When Billy Donovan elected to send White and Lauri Markkanen to the bench in favor of Tomas Satoransky and Thaddeus Young, it was aimed at getting off to quicker starts. While that has happened from time to time, it also hurt the team in the long run as two of their best bench players were in different roles with two starters struggling to find their shot.

In recent games, largely due to the absence of Zach Lavine, both Satoransky and Young have gone back to the bench, with White and Garrett Temple emerging as starters. When Lavine comes back, Temple will head back to the bench, but the rest of the starting lineup should remain the way it is.

The Bulls have looked better lately and credit that to Donovan and the adjustments he has had to make on the fly both offensively and defensively. Also, credit the players for bouncing around different roles as they are doing whatever needs to be done to pick up wins. With Lavine gone, White has rediscovered his shooting touch, both Satoransky and Young have helped bring the bench scoring up, and even Daniel Thies is carving a role as a starting player.

This is the kind of production the Bulls expected when they made these trades, and hopefully the momentum, they are getting isn't too late. All Chicago needs to do is get through Miami this weekend, and Lavine should be back for the stretch run. That couldn't come at a better time as you would think that both Toronto and Washington will cool down at some point.

At this point, the Bulls will take a win any way they can get one, especially against a playoff team. That has been the case in two of their last three games as the Bulls have knocked off both Charlotte and Boston, both of who are in the playoffs as of now.

Not having some of their key players does make a difference, but the Bulls are without their best player, so that is a wash. There have been many games that the Bulls let slip away this season, so it is excellent for them to be on the right side of breaks for once.

They know injuries are part of the game, and when they dealt with their share of injuries in the past year, no one was feeling sorry for them. Chicago is getting teams who are not 100% healthy at this point in the season and are using that to their advantage to pick up much-needed wins. They know the schedule is going to get tougher, not for just them but for Toronto and Washington too. Picking up wins now is going to be crucial when the season ends in three weeks.

The win last night is more than just one game as it could have lingering effects in the playoffs. Granted, the Hornets are four games up on Chicago, the Bulls, but let's say the Bulls get hot at the end of the season, and Charlotte falls in the standings. It could mean the difference from the 9th seed or the 10th seed or even better.

The Bulls are on the outside looking in at the moment, but unlike the teams in front of them, they have a distinct advantage. They have taken the season series against both Toronto and Washington to go along with Charlotte after their win last night.

What that means for this team is pending a tie at the end of the season with any one of these three teams. The Bulls hold the tiebreaker over all three given their season series win. That makes making the playoffs a little bit easier as they no longer must finish ahead of three teams to get in. All Chicago needs to do is finish with the same record as either one of those teams, and they get the tiebreaker over them which puts them in. You can bet the Bulls will be scoreboard watching the rest of the way, so they know what they need to do.